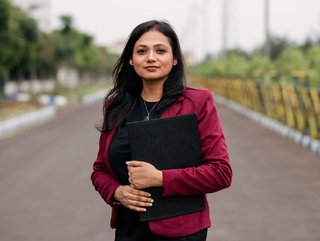 Sequoia has raised US$2.85bn to finance startups across India and Southeast Asia, marking the VC firm’s largest single fund for the region, and the first time delivering a dedicated fund for Southeast Asia.

This large and dedicated fundraise announcement arrives amid a slowdown in funding from VCs worldwide and a swathe of layoffs across tech startups in response, as fears of a global recession begin to bite.

“This fundraise, which comes at a time when markets are starting to cool after a very long bull run, signals our deep commitment to the region and the faith our Limited Partners have in the long-term growth story of India and Southeast Asia,” the California-based fund wrote in a blog.

In the first quarter of 2022, global venture funding fell for the first time in a year, reaching US$160bn, a drop of 13% from the US$184bn in the fourth quarter of 2021, amid rising inflation and interest rates, and economic and geopolitical uncertainty.

This slowdown in VC funding follows several years that have been marked by very generous VC funding and, some might say, investor tolerance for cash-burning. This slowdown, along with fears of a recession, has further led to startups laying off workers.

In the first four months of 2022, Indian companies laid off nearly 7,000 people, according to Business Insider, among them unicorns including ecommerce startup Meesho, used car marketplace Cars24, and edtech uAcademy.

That said, according to EY Partner Vivek Soni, international funds, like Sequoia, are sitting on large amounts of dry powder and India can lead emerging market capital allocations because it is one of the few large economies with strong growth.

India’s economy is set to grow at 8% in 2022, the highest among the big countries, according to the IMF, with predictions that by 2027 India will be the world’s fifth-largest economy, with a GDP of around US$5 trillion.

Sequoia is clearly seeing the startup potential of the region, pledging US$2bn of funding for India, and the remaining US$850m for early and growth-stage startups in Southeast Asia.

“There is a strong sense in the emerging economies and fast-changing societies across India and Southeast Asia that ‘now is our time’,” Sequoia said in a blog. “Many large companies with regional and global footprints will emerge from this region in the decade to come.”

The focus for the investment will be on the Web3 ecosystem, which the VC firm sees as “thriving”, having already invested in a number of these in the region, including CoinSwitch Kuber and Ethereum layer 2 protocol, Polygon. The funds will also focus on the innovative markets of Vietnam, the Philippines and Malaysia.

The California-based fund has backed more than 400 startups in India and Southeast Asia, including 36 unicorns, among them Indian Meesho and uAcademy, both of which recently made staff cuts, and ASEAN startups Gojek and Tokopedia.