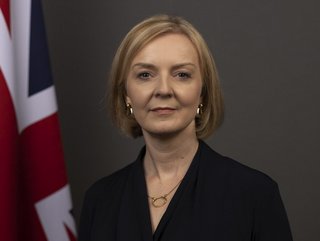 UK politics is in turmoil, with ‘new’ Prime Minister Liz Truss already the ‘old’ PM, as we wait to see who will come in to replace her. It could have been a case of ‘out with the old and in with the old’ if Boris Johnson had entered the fray, having left his position as recently as September 6.

With that in mind, Business Chief looks at some other notable short reigns, with some lasting even less than the 45 days Truss was at the helm.

As well as ‘winning’ the award for the shortest-serving Prime Minister in UK history, Truss also managed to oversee considerable damage to the UK economy with her Mini Budget. However, there was nothing mini about the losses – an estimated £80bn (US$91bn) was wiped off the value of the FTSE stock index. The pound sterling is also 16% down this year, having recovered from a record low against the US dollar, and inflation is running above 10%.

You have to feel slightly sorry for Fishman, who took over Washington Mutual (WaMu) as the company was collapsing during the Financial Crisis of 2008. The US Government stopped in and JP Morgan took over, meaning Fishman spent just 17 days as CEO in the biggest bank failure in US history. But before you cry injustice, bear in mind he enjoyed an estimated  US$19m severance package. You don’t need Fishman’s masters in economics from Columbia University to work out that is more than a million dollars a day (including weekends).

Yes, that is not a typo. Aussie Rules football CEO Thorburn resigned just 24 hours after being appointed last week. Religion played a significant part as it emerged that Thorburn was a member of a church that has, shall we say, an unenlightened view of certain issues that do not align well with the team. You have to wonder why on earth due diligence was not performed before he was announced in the first place.

Cast your mind back to 2015 and you may recall a certain Jay-Z launching his streaming music service – Tidal – alongside other music royalty including Beyoncé, Alicia Keys, Chris Martin of Coldplay, Nicki Minaj, Rihanna, Kanye West and Deadmau5. You could say he was riding the crest of the streaming wave, but CEO Chen suffered what surfers call wipeout – being fired by Jay-Z just two weeks later. As one of his biggest hits declares, On To The Next One…

We’re not sure what was on Jay-Z’s Empire State of Mind but Chen’s replacement Tonstad lasted just two months. Tidal is still going strong, however, with fintech firm Square buying a majority share in March 2021 for a reported US$297m.

Thompson, the former president of PayPal, was forced to resign four months into his role at Yahoo after it emerged he had been somewhat liberal with the truth, claiming a computer science degree that he did not have (he actually studied accounting – so we understand the deception). Somewhat ironically, Thompson is now CEO of Tuition.io – a US company that enables other companies to provide employer-paid student loan contributions.

FIFA, the governing body for football, has annual Fair Play Awards, and you’d have to say that Rosenior deserves one for the way he reacted to being hired and fired within 10 minutes at English Football League team Torquay United.

How can this happen? Minutes after Rosenior was rehired (he had previously managed the team for four years and secured promotion), the club was taken over and Rosenior was replaced. Far from being ‘sick as a parrot’, Rosenior saw the funny side, telling UK newspaper the Mirror: "It was a shock but we had a good laugh about it. Obviously, they thought I'd done a fantastic job after 10 minutes and let me go.”