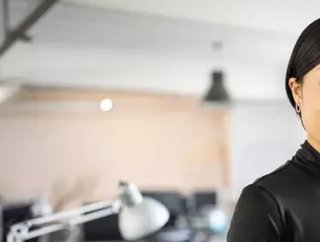 From Singapore to Sri Lanka, and from healthcare to banking, we select the top 10 tech leaders transforming businesses across APAC

Inspired by the Top 100 Leaders in Technology published by sister title Technology Magazine, we highlight the top 10 tech leaders from across Asia-Pacific.

From Australia to Singapore, India to China, these top 10 tech execs are using their skills in strategy and tech-spertise to digitally transform a wide array of businesses, from healthcare and energy to telecommunications and banking.

Get ready to be impressed! Dubbed a healthcare transformer, Mexican-born Berkeley graduate Lidia Fonseca has been instrumental in rolling out the COVID-19 vaccine to market in less than a year by drawing on digital technologies and AI. A leader in digital innovation in healthcare for over a decade, serving as CIO at Quest Diagnostics and Labcorp before being poached by Pfizer as its first-ever CDO, Fonseca is responsible for the enterprise-wide digital strategy.

Listed in ALPDA’s 2020 list of the 50 Most Powerful Latinas and awarded the 2017 Forbes CIO Innovation Award, Fonseca was a founding member of Synaptic Health Alliance, a group of healthcare companies, which uses blockchain to improve provider data quality. Starting out as a programmer in the 1980s in Singapore’s Civil Service Computerisation Programme, William Woo was instrumental in helping to digitise his country including building the nation’s first integrated bus and rail ticketing system and working on the critical deployment of the very first whole-of-Government Standard Operating Environment.

Following two decades at EDS in senior management tech roles Asiawide, Woo joined Singtel where he’s spent the last decade developing life-changing digital experiences for customers. As both Group CIO and CDO, Woo not only leads Singtel’s IT strategy implementing the systems and processes that power the telco giant’s operations but is responsible for the acceleration of Singtel’s digital transformation. Woo has a degree in Applied Science in Computing and an Executive MBA from the National University of Singapore.

With more than 11 years of experience at Infosys, over 22 years of design and solutions knowledge, a PGDCA in computer applications from Delhi University, and vast knowledge of digital enterprises, Kumar is well positioned to increase the technology strategy at Infosys – a global leader in digital services and consulting.

His many achievements to date include; developing a small Java based MVC framework and a tool to generate CRUD code for the framework. Described as a visionary and recognised as one of India’s best 50 CIOs, Madu Ratnayake has spent 25 years at Virtusa where he’s worked his way through the digital exec ranks to CIO and EVP, building the firm’s award-winning enterprise digital platform and practices.

With deep experience in envisioning digital strategy, business transformation and building global high-performing teams to deliver growth in financial services firms, Ratnayake has played various advisory roles for the Government of Sri Lanka on its digital economy. He also represents the IT industry on the boards of leading universities. With a unique depth and breadth of expertise across technology, operations, risk mitigation and commercial functions, Scott Collary has three decades of leadership experience in financials leading to global roles transforming technology.

Working for some of the world’s leading financial institutions, including Bank of America, Citi, Fifth Third Bank and ANZ, Collary has worked as a CIO both in the US and Australia and has a proven track record for delivering large-scale transformation programs at major international banks improving operating and technology performance. As COO of Westpac, Collary drives the technology transformation agenda. Since entering IT in the early 80s, Gerard Florian has worked his way into leadership roles covering business development and technology strategy. Following 15 years at Dimension Data, serving as CTO and Chief Strategy Officer, Florian was instrumental in establishing a portfolio of cloud-enabled managed services operating on a global platform.

As Group Executive Technology at ANZ for nearly five years, Florian is responsible for tech strategy and operations including developing new technologies to support improved customer outcomes and business revenues. He is a member of the ANZ International Technology and Digital Business Advisory panel. A self-dubbed ‘technology strategist’ and data scientist with a background in geospatial and remote sensing science, Shane Brunker began his high-tech career working on the spatial and land information side of Government before joining NM Group to ensure they were at the forefront of technical and commercial developments.

As CTO at Trimble for the past four years, Brunker works with big data, machine learning and SaaS to improve the way that energy networks are understood, planned and managed and brings new technical solutions to energy networks.

A 20-year veteran in the software industry, Chinese native William Wei started out as a software engineer, first at NeXT and then Apple where he spent 13 years before founding several tech startups in China with successful track records and exits.

With a more recent focus on fintech, security, blockchain and mobility, the UMass computer engineering graduate has since served as CTO at a top 10 Chinese investment firm, CEO of a leading Security Token Offering STO platform, and now as CTO of Apple iPhone maker Foxconn in Taiwan. Here, he’s responsible for tech strategy in EV, robotics and digital health and is leading the charge on making Foxconn the Android of electric vehicles. With a PhD in computer science and a fellow of the Association for Computational Linguistics, published academic Haifeng Wang is considered to be one of the most important scientists in AI research. And as head of Baidu’s AI division for the last four years, he’s also at the forefront of one of the most exciting tech innovations in the industry.

With more than three decades in the telecommunications and IT sector, and an expert in the business of telecoms, managing everything from concept to operations, Paul Scanlan is well-placed to steer the technology strategy of what is the world’s largest telecommunications equipment maker.

And as CTO of Huawei’s Carrier Business, that’s exactly what he’s been doing for the last five years. Having previously worked as a consultant, Scanlan joined Huawei 13 years ago, initially as a consultant, before becoming CTO. His working life has spanned APAC, Africa, North America and Europe.