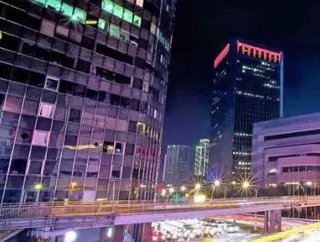 Accelerating growth of its cloud datacenter footprint in Asia, now in 11 markets, Microsoft will generate over US$21bn in new revenues and 100,000 new j...

The pandemic has witnessed digital transformation on an unprecedented scale, with entire industries reimagined, and people connecting differently, and this rapid transformation is set to continue its momentum post-pandemic.

And Microsoft has been at the epicentre of such transformation across the Asia Pacific region, via expansion of its cloud datacenter regions, with four created during the pandemic, and cloud infrastructure investments, all helping the APAC region achieve its next wave of post-pandemic economic growth and empowering customers with faster access to the cloud and allowing for in-country data residency.

In fact, Asia now accounts for 60% of the world’s growth and is leading the global recovery with the digitalization of business models and economies, accoding to IMF’s Regional Economic Outlook: Asia Pacific.

“There is no doubt that during the past year we have seen the acceleration of digital transformation efforts across all industries,” says Ahmed Mazhari , President, Microsoft Asia. “Cloud will continue to be a core foundation empowering the realisation of Asia’s ambitions, enabling co-innovation across industries, government and community, to drive inclusive societal progress.”

Throughout the pandemic, Microsoft has fast-tracked its cloud datacenter footprint across Asia, adding four new markets, expanding from what was seven pre-pandemic to 11 now. While May 2020 saw the unveiling of the tech giant’s first datacenter in New Zealand, and the first by a major cloud provider, which was closely followed in October by one in Taiwan, this year has so far seen the launch of two more, one in February in Indonesia and the other in April in Malaysia. The aim? To better support and co-innovate with customers and partners and help the region accelerate its economic growth.

And the figures speak for themselves. Recent research by IDC shows that Microsoft’s most recent datacenter expansions, those in Malaysia, Indonesia, and Taiwan, in partnership with its ecosystem, is set to generate more than US$21bn in new revenue and create more than 110,000 new jobs over the next four years, including close to 20,000 new skilled IT jobs in Malaysia, Indonesia and Taiwan.

China is next expansion focus

Adding to this, earlier this year in March, Microsoft announced a new Azure region was coming to China in 2022, which would effectively double the capacity of Microsoft’s intelligent cloud portfolio in the country over the coming years and will “reinforce the capabilities to help further nurture local talents, stimulate local innovation, grow local technology ecosystems, and empower businesses in a wide range of industries to achieve more”, says Alain Crozier, CEO, Microsoft Greater China Region.

Furthermore, by the end of 2021, Microsoft has committed to expanding Azure Availability Zones to every country in which it operates a datacenter region, and the tech giant is set to unveil an immersive virtual datacenter tour to further empower every individual to experience the foundation for today’s work, life, and play – the Microsoft Cloud.