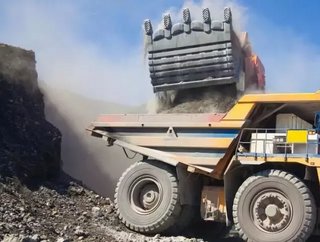 Data intelligence, integration and new technology such as advanced robotics are changing the mining industry.

In an attempt to preserve profit margins in a bleak market, mining giants such as BHP Billiton and Rio Tinto have began employing automated drills and driverless trucks to assist with production. Previously, Business Review Australia reported how Rio Tinto has begun using drones to help its mining efforts.

As smaller mining companies have been forced to close due to the 28 per cent productivity collapse over the past 10 years, the new technology helped Rio Tinto reduce costs by eight per cent since 2013, even though the company increased output by five per cent.

As the demand for iron ore in China — the world’s largest user — continues to slow, price will most likely fall with it as major suppliers expand output by using lower-cost reserves. The use of autonomous machines will see the top four mining companies have their global market increase from 64 per cent in 2010 up to 79 per cent in 2018.

When Rio Tinto released its “Mine of the Future” program back in 2008, commodity prices were rising to record highs. The goal was to efficiently use more autonomous technology to access more iron ore while improving safety for employees.

After using just 10 driverless trucks in 2012, Rio has now expanded to 66. These vehicles can run all day without a driver who needs to take lunch or bathroom breaks.

According to Caterpillar chief engineer of mining technology Michael Murphy, autonomous vehicles can save over 500 work hours a year since one worker can monitor as many as 50 driverless trucks.

Autonomous drills in underground mines are even more profitable, as employees using normal equipment not only take significant time walking from the opening to the work site, but are operating in dangerous working conditions as well.

And the rest of the mining industry is catching on. According to a survey by International Data Corp., about 69 per cent of 190 mining companies are considering remote-control equipment, while 29 per cent are considering an increased use of robotics.

Whether we like it or not, machines are becoming more and more prevalent in today’s world.