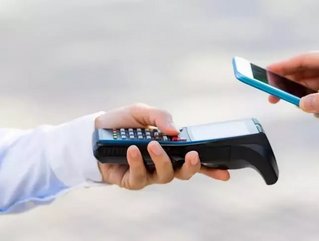 Google has announced a number of new Google Pay services coming to India.

At the company’s annual Google for India event, summarised in a blog post, a number of initiatives, across Google’s product line, were announced. Though generally region specific, the Indian market is one in which phones with Google’s Android OS are dominant, and has historically acted as a bellwether for developments that will later come to the rest of the world.

Some of the most eye-catching announcements were in the Google Pay sphere, the company’s digital wallet and payment system. The Indian version of Google Pay differs from that available in the rest of the world. Previously known as Tez, the mobile payments app relies on the Indian-specific Unified Payments Interface for the real-time sending and receiving of money, with the Indian government increasingly focusing on pushing digital payments. Google quoted figures suggesting digital payments in India had risen from 17mn in August 2017 to 900mn in August 2019. Google has played a large part in that growth, tripling its Google Pay user base in the last year to 67mn monthly users.

A specific challenge faced in the Indian region is the lack of near-field communication (NFC) technology in commonly used phones, something which most other digital payment offerings require. To get around this, Tez, later Google Pay, incorporated audio QR, which replicates the function of NFC with high frequency sounds (above the range of human hearing) transmitted between the devices of customers and merchants.

New initiatives include the Spot platform, allowing merchants to create digital storefronts accessible through the Google Pay app. Google Pay in India is also being brought in line with the rest of the world via ‘tokenized’ cards – the standard NFC paying experience wherein representations of cards can be added to Google Pay. Finally, and most intriguingly for a developing country such as India, a new app called Google Pay for Business is being released, allowing small enterprises to easily make themselves compatible with the Google Pay ecosystem for free.

“We hope these initiatives will help merchants adopt digital payments with more confidence and help contribute to the long term growth of online financial services for the benefit of every  Indian,” said Caesar Sengupta, Vice-President, Next Billion Users Initiative and Payments on Google’s blog.