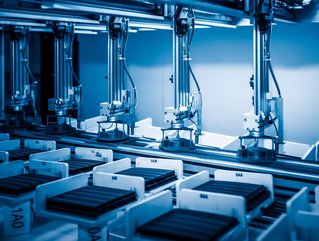 First Solar is about to set up a new photovoltaic (PV) thin-film solar manufacturing facility in Tamil Nadu, India. The 3.3GW factory will create 1,000 skilled jobs and is expected to launch its operations in Q3 of 2023. According to the company, India needs 25+ gigawatts of solar energy to be deployed each year for the next nine years. This means that many of First Solar’s Indian clients will jump at the chance to have access to the company’s advanced PV.

Said Mark Widmar, First Solar’s CEO: ‘India is an attractive market for First Solar not simply because our module technology is advantageous in its hot, humid climate. It’s an inherently sustainable market, underpinned by a growing economy and appetite for energy’.

A Bit of Background

First Solar is a leading global provider of photovoltaic systems. It uses advanced technology to generate clear, reliable energy around the world. And even though it’s headquartered in the US, the company has invested in storage facilities around the world. It displaced energy requirements for a desalination plant in Australia, launched a source of reliable energy in the Middle East (Dubai, UAE), and deployed over 4.5GW of energy across Europe with its First Solar modules.

How Will The Tamil Nadu Plant Work?

Tamil Nadu will use the same manufacturing template as First Solar’s new Ohio factory. According to the Times of India, the factory will combine skilled workers, artificial intelligence, machine-to-machine communication, and IoT connectivity. In addition, its operations will adhere to First Solar’s Responsible Sourcing Solar Principles, produce modules with a 2.5x lower carbon footprint, and help India become energy-independent. Said Widmar: ‘Our advanced PV module will be made in India, for India’.

After all, we must mention that part of First Solar’s motivation in Tamil Nadu is to ensure that India doesn’t rely on Chinese solar. ‘India stands apart in the decisiveness of its response to China’s strategy of state-subsidised global dominance of the crystalline silicon supply chain’, Widmar explained. ‘That’s precisely the kind of level playing field needed for non-Chinese solar manufacturers to compete on their own merits’.

According to First Solar, India’s model should be a template for like-minded nations. Widmar added: ‘We’re pleased to support the sustainable energy ambitions of a major US ally in the Asia-Pacific region—with American-designed solar technology’. To sum up: Indian solar power is yet the next development in the China-US trade war. Let the PV manufacturing begin.