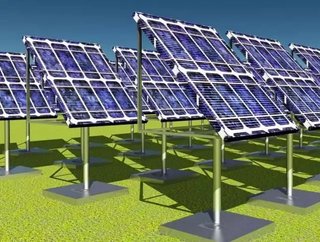 As solar power remains only a small portion of Australia’s energy, the recent growth of the industry has been glossed over due to the auction of US$20 billion worth of Australian power assets in New South Wales.

Last month, NSW invited first-round bids for a long-term lease of 49 per cent of the government’s power-transmission network, with the profit being put toward infrastructure needs such as new schools and highways.

RELATED TOPIC: How bright is the future of solar power in Australia?

The auction is expected to gather pension funds and power companies from across the globe to purchase assets believed to bring back reliable returns.

But although it only accounts for about two per cent of the nation’s energy output, rooftop solar panel businesses are reaping the benefits. Recently, homes and companies have been generating and storing their own power instead of relying completely on electricity from the grid.

Expensive upgrades to the grid eight years ago caused the price of electricity to increase considerably, which started the demand for solar power as rooftop-panel prices decreased.

The market for solar energy has kept growing ever since, and many expect it to expand even more once Tesla Motors’ new battery that can store much higher amounts of solar energy falls to a price more average homes can afford.

Australia leads the world in solar panels on the roof of homes. By 2040, solar power and battery storage will make up over half of Australia’s electricity, and will reduce the need for fossil fuels. Battery storage will allow homes with solar panels to store electricity for later use, which will reduce its consumption during peak hours of the day and possibly cut energy costs.

Global interest in power storage is continuing to grow, as the Bloomberg New Energy Finance expects solar power to reach US$3.7 trillion in investments by 2040. Early next year, Tesla intends to bring its new batteries to Australia to join Germany as its first markets outside of the U.S.

Over the next two decades, the Australian Energy Market Operator projects that NSW and Victoria will lead the nation in the use of battery storage by households. NSW’s combination of the tariff structure and average household daily demand profile gives residents economic reasons to install rooftop solar and battery storage.

But while the ability to store solar energy is a huge opportunity in the market, it also has hurdles such as the cost and size of the systems necessary to maintain a reliable power source.

The rooftop solar market is also so heavily influenced by government regulation, and the time frame for companies like Tesla to get its prices low enough for the common household, may make it best suited for large businesses that use energy during the day.

With energy demand increasing with rising population, regulators finding ways to give grid operators more flexibility in how and when to charge customers and power companies even using the storage batteries itself, it’s safe to say this auction will be quite profitable.