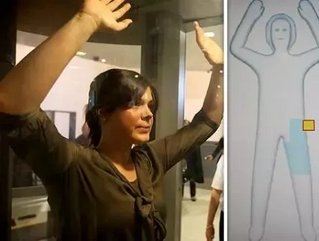 In an AU$28 million security upgrade effort, Australia’s major airports will be equipped with full-body scanners – and passage through them will be mandatory, according to the Huffington Post blog Gadling.

The scanning technology is said to be “the most advanced available” by the Australian Government, having been tested on more than 23,000 passengers at airports in Sydney and Melbourne last year.

Full body scanners were the focal point of protests in the US when they were first trialled in 2010 because passengers saw the scan, which depicted them as “virtually naked,” as an invasion of privacy, causing many travellers to opt for a physical pat-down instead. To avoid causing similar drama, Australia is installing machines that depict passengers as unisex stick figures.

Under proposed legislation, selected travellers will be required to pass through the detectors without the option to request a pat-down. To abate safety concerns, Transport Minister Anthony Albanese assured that the radio waves emitted from the scanners were about as powerful as that of a mobile.

“I think the public understands that we live in a world where there are threats to our security and experience shows they want the peace of mind that comes with knowing [the] government is doing all it can,” Albanese told The Australian.

New Zealand, however, is not yet looking to follow suit at its own airports.

"We have a different security profile to Australia's but we would be monitoring what happens once they do establish these things,” NZ Transport Minister Gerry Brownlee told the New Zealand Herald. "Everyone would want to have as secure an arrangement as possible but it is a balance between super security and travel inconvenience as far as we're concerned."

The scanners are planned to be installed at international airports in Adelaide, Brisbane, Cairns, the Gold Coast, Melbourne, Perth and Sydney.