Tesla: Battery Storage Fire Down Under 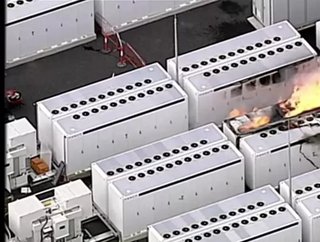 It’s an exciting time for businesses in the renewable energy sector. With government support, companies are contributing to the exponential growth of the industry through various means of alternative energy. But such a fast rate of development can become overwhelming and requires a significant level of care, as well as quality control and operational management.

You only have to underestimate the power of technology to become severely overwhelmed by it. A recent event in the Victoria region, Australia, highlights just how delicate technology really is.

A 300-megawatt lithium-ion battery caught fire in the state of Victoria. The ‘Victorian Big Battery’ was due to come online later this year, and according to authorities, it was expected to ‘boost the state's energy reliability, drive down electricity prices and support Victoria's transition to renewable energy – as well as creating local jobs as we take steps towards a COVID normal’. Due to this unfortunate event, there is likely to be setbacks with the launch of the energy storage facility.

The facility was constructed by Neoen, a leading French renewable energy company, and the hardware used for the facility was supplied by Tesla. While the fire will likely render the facility redundant—once the fire is put out—there are also concerns relating to the local community as an air quality warning has been issued, which suggests that residents nearby should move inside, close all windows and doors, and turn off their heating and cooling systems that bring air into their homes and offices.

This event begs the question. How safe is battery storage technology? It is easy to become immersed in the excitement of renewable energy development, but an event of this significance may cause future concerns.

Victoria’s government commissioned the battery facility to offset the closure of coal-fired power plants in the region, but an incident like this will not only delay renewable energy adoption; it will unravel the net-zero contributions of both Neoen and Tesla—as unforeseen amounts of carbon dioxide enters the atmosphere, and further questions are likely to follow regarding the credibility of Tesla’s battery technology.

This is not the first time that Tesla technology has caught fire.

Earlier this month, one of Tesla’s top-of-the-range cars, the Model S Plaid, burst into flames while its owner was at the wheel—happening just three days after the vehicle was delivered. The driver forced his way out of the vehicle due to the failure of the electronic door system. Similar to the incident with the vehicle earlier this month, the company is likely to spend time investigating the incident in Victoria, which will further delay renewable energy developments.

For more energy insights, check out the latest issue of Energy Digital magazine.