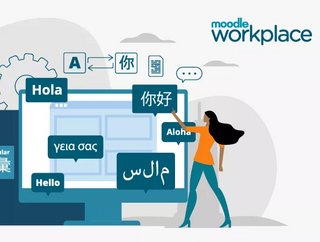 March is B Corp Month, and researchers from green energy experts Uswitch have named online educational platform Moodle as the world’s most popular B Corp.

Companies achieve B Corp status by meeting the highest standards of accountability when it comes to ESG. There are currently around 5,000 businesses globally that have achieved this status, with the most well-known arguably ice-cream aficionados Ben & Jerry’s.

However, it is online educational platforms that seem to be the most popular according to Uswitch, who analysed Google searches to determine their ranking.

The social and environmental impact of products is increasingly important to consumers, and B Corp status is seen as highly desirable.

Moodle’s learning management system, which is used by institutions including The World Bank, the UN, and the UK’s National Health Service (NHS) proved vital during the pandemic to facilitate remote learning.

The Countries With the Most B Corp Certified Businesses

The United States is the country with the most B Corp businesses, according to the research, with 1,418l, followed by the UK with 590, and Canada with 323. Australia comes fourth with 296 – and is the only APAC country to make the top 10.

The full top 10 of B Corp countries is:

Moodle was founded by Martin Dougiamas who, as a young boy in the 1970s, found himself having to experience the ultimate remote learning experience living 1,000km from the n earnest school in a remote region of Western Australia. His initial education was via the radio.

After a degree in Computer Science, a Masters in Science Education, and PhD, he created the Modular Object-Oriented Dynamic Learning Environment, or Moodle. The first course launched in 2001 and now has more than 200 million users. It became a Certified B Corp in 2021.

Read the full research from Uswitch.