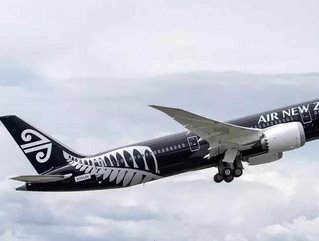 Air New Zealand has flown ahead of other Australian brands to gain the confidence of the country’s consumers.

It might sound like a contradiction but a company from a neighbouring country is now the best regarded by consumers in Australia.

Air New Zealand has flown ahead of other Australian brands to gain the confidence of the country’s consumers.

An annual report by leading research consultants AMR has shown that New Zealand’s national airline is now viewed as the most reputable company in Australia, jumping ahead of other established brands to gain the confidence of Australian consumers.

As well as measuring the overall reputation of the company, the study also measures how consumers feel about the country’s top 60 companies on what are described as “the seven individual drivers of reputation”, namely: products and services, innovation, workplace, citizenship, governance, leadership and financial performance.

He said: “This is an incredibly strong result for a company clearly-based overseas, and shows Air New Zealand’s ability to engage and create an emotional attachment with the Australian public.

“Australians view the company to be authentic and focussed on the community, rating highly across the individual measurements of Workplace, Citizenship, Governance, and Leadership.

“In addition, our research showed a clear relationship between its reputation and advertising recall.”

In the index, Air New Zealand beat Mazda, which jumped three places to rank second overall, and JB Hi-Fi, which fell from first last year, to third this year.

Toyota also had a marginal fall in the rankings, coming in fourth this year compared to second in 2016, while Australia’s biggest airline, Qantas, fell one place to rank fifth, according to the annual survey.