Virgin Australia suspends all flights due to COVID-19 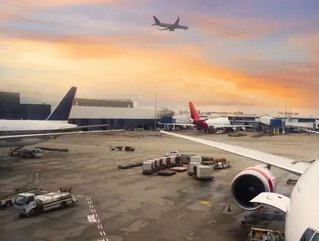 In a press release on the company’s website, airline Virgin Australia announced that all of its international flights will be suspended until 14 June 2020.

The result of measures introduced to tackle the COVID-19 (coronavirus) outbreak, Virgin’s decision will mean the grounding of 53 aircraft from its 98 strong fleet and a domestic capacity reduction of 50% for three months.

Despite its significantly reduced operational capabilities, the airline is still liaising closely with the Government of Australia to ensure all citizens stranded abroad are brought home as swiftly as possible.

Virgin’s response to the deepening coronavirus outbreak has proved incremental and conscious of not wanting to cause disruption wherever possible.

On 16 March, the company stated that it was providing customers with more options in order to rearrange or reconfigure details of their pre-booked flights.

Prior to that, Virgin disclosed that it would be reducing capacity for both domestic and international flights - a modest 3% to 6% reduction, which has been subsequently stepped up considerably only five days later.

Paul Scurrah, CEO and MD, regarded the steps being taken as drastic but necessary:

“We have entered an unprecedented time in the global aviation industry, which has required us to take significant action to responsibly manage our business while balancing traveller demands and supporting the wellbeing of Australians.

“The Virgin Australia Group is focused on ensuring we manage the business through this difficult period and maintain a strong and competitive aviation industry in Australia for years to come.”

In light of the strains likely to impact the company’s workforce, Scurrah and Elizabeth Bryan, Chairperson, announced 15% paycuts to their salary and the removal of management bonuses.

Virgin’s measures are far from unique in the APAC (Asia Pacific) region, with several other airlines either reducing operational capacity or suspending services entirely for fixed amounts of time.

"We are a nimble airline with a lean cost base, strong balance sheet, good cash reserves, an outstanding brand and a team going above and beyond every day. We also have supportive partners. We are also in discussions with the Government at this time."

Qantas: All international flights will be suspended from late March, domestic flights will be reduced by 60% and two-thirds of staff will temporarily be stood down  The airline will have 150 aircraft grounded throughout the restricted period (almost 50% of its fleet).

“We’re in a strong financial position right now, but our wages bill is more than $4bn a year. With the huge drop in revenue we’re facing, we have to make difficult decisions to guarantee the future of the national carrier,” said CEO Alan Joyce.