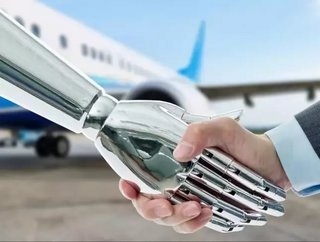 Partnering with Auckland Airport to trial the technology, Assaia’s equipment uses AI equipped cameras to record the movement of aircraft and then algorithmically predict operational needs before they’re required. This is accomplished via a series of timestamps, predictions and alerts that are fed to operational staff, who then, in turn, incorporate the suggested improvements.

A successful ‘aircraft turn’ consists of over 50 separate procedures - it is the elapsed time between gate arrival and departure. As detailed in an article by NZ Herald, Assaia’s tech will need to accurately capture disembarkment, cabin cleaning, restocking, offloading, refueling, safety inspections, and more.

With the airline’s target for 85% of flights arriving within 15 minutes of their stated arrival remaining unmet at 76%, Air New Zealand is hopeful that trials for the process will increase its operational performance.

"In leveraging machine learning and computer vision in this way, we have been able to get actionable data insights,” said Jennifer Sepull, Chief Digital Officer at Air New Zealand. “Technology is becoming increasingly accessible through both local and global innovation ecosystems and this is a powerful example of what you can achieve when you build strong technology partnerships."

A new way of operating

Auckland Airport is not the first to announce a partnership with Assaia. In September 2019, Gatwick Airport pioneered the use of AI in its operations by welcoming the tech.

For Abhi Chacko, Head of Innovation at Gatwick, adopting AI was simply a logical choice, “Considering the likely growth in air traffic coming our way, the earlier we start using AI to improve our operations, the more successful we will be as an airport.”

“Our entire team is extremely happy to observe that our system generates accurate event data over a broad range of different light and weather conditions,” said Max Diez, CEO of Assaia. “Thanks to the extensive tests we could conduct at Gatwick, we were able to prove that AI-powered perception is in fact ready for production use.”