Air New Zealand asks how things could be better 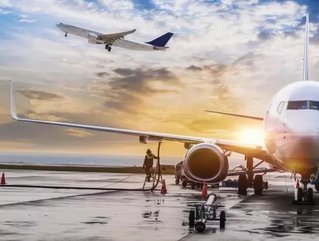 The recently hired CEO of Air New Zealand - Greg Foran - has decided to ask staff directly how the airline could improve its operations and strategy.

Requesting candid and constructive feedback, the former Walmart executive sent a video to the airline’s staff posing five questions he views as essential to improving the airline:

1. What is the most important thing we could do to consistently improve our customer service?

2. Where does Air New Zealand waste money that could be better spent serving our customers?

3. What do you like most about the Air New Zealand culture that you want to preserve?

4. If you could change one thing about the culture, what would that be?

5. What opportunities do you see for us to grow our revenue and profitability?

Competition in the market

Air New Zealand commenced operations in 1965 and is currently the largest airline based in the country. Operating from Auckland, it flies to a total of 52 domestic/international locations, carried approximately 16 million passengers in 2017, employs almost 12,000 people, and had a revenue of NZ$5.5bn in 2018.

Despite these achievements, the airline did not manage to break the top 10 in the 2019 Skytrax World Airline Awards, ranking 16th out of 100 (an improvement of one place from 2018’s 17th), from a poll conducted amongst travellers around the world.

Greg Foran’s dedication to improving Air New Zealand’s operation is a good example of being proactive in business. It is also noteworthy that he is asking the people who interact with the company the most on a day-to-day basis: the staff. However, it can also be enlightening to look at the companies travellers themselves are favouring.

Qatar Airways: Serving 150+ global destinations with a fleet of over 200 aircraft, Qatar Airways has garnered a reputation for best-in-the-industry service. With an emphasis on comfort and luxury, no matter which class you’re flying in, the airline consistently ranks in the top three on ‘industry best’ lists.

Singapore Airlines: The launch customer for the Airbus A380, currently the world’s largest passenger jet, SA offers flights to 66 international destinations on five continents. Also renowned for its award-winning cabin crew, the company has the additional benefit of operating from Singapore’s Changi Airport, regarded as one of the best in the world.

ANA All Nippon Airways: The largest native airline operating in Japan today, the company was founded in 1952 and currently offers 80 international routes and 110 domestic routes. ANA has a reputation for the high quality of its inflight food and drink and has been a member of Star Alliance since 1999.