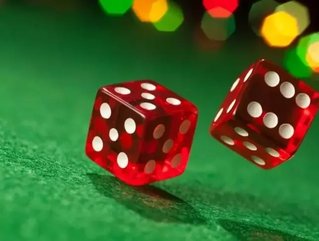 As James Packer turns his focus toward developing resorts overseas, Australia’s third most wealthy person recently resigned from his post as chairman of Crown Resorts Ltd.

Packer will still be a director of the Melbourne-based company and will continue to hold a majority stake. He’ll also remain co-chairman of the Alon Resort project in U.S. city Las Vegas and Melco Crown Entertainment Ltd., which owns Macau, China-based City of Dreams and Studio City resorts.

“Crown remains my number one business priority and passion,” said Packer in a statement. “I am extremely proud of the company and look forward to continuing our efforts to build a global luxury brand.”

RELATED TOPIC: Has the Finance Sector Caught Up With Big Data?

With a net worth of $4.6 billion according to the Bloomberg Billionaires Index, Packer will now invest his energy into a casino in Las Vegas as well as a an upscale hotel and casino as part of the Barangaroo development on Sydney Harbour, with a target opening set for 2019.

It’s safe to say that Packer is stepping down during a challenging period for Crown. The company saw its shares fall as much as 6.4 per cent in intraday trading, which is the most since 2011. Its net income after adjusting for one-time items and an unusual rate of winnings was $526 million in the 12-month period that ended on June 30, which is a drop of 18 per cent from the previous year.

One of Australia’s leading luxury resorts, Crown shares closed with a fall of 3.2 per cent at $13.09, while rival Echo Entertainment Group Ltd., increased 3.4 per cent to close at a record-high $5.15.

RELATED TOPIC: Top 10 Things to Do in Melbourne

The company’s earnings have been hit hard by a slowdown in gambling revenue growth in the world’s largest gambling destination Macau after the Beijing government recently cracked down on lavish spending and corruption.

While Crown still has positive vibes about its Macau business in the long term, Australia has began attracting a large amount of wealthy Chinese gamblers who are fleeing from Macau. Crown’s main floor gaming revenue has risen by 6.9 per cent at its Melbourne casino.

He has plenty of support behind him, especially from Packer himself.

“Rob Rankin has my complete trust and respect as an executive and he will do an outstanding job as chairman,” said Packer in a statement. “Crown has a pipeline of resorts globally and this is where the majority of my time will be spent.”

In addition, the Aussie billionaire reached a deal with Crown to sell a 50 per cent stake in his property north of Sydney in Ellerston, according to the company. Crown will pay $60 million for the stake in the luxury resort, which includes several swimming pools, a golf course, a movie theater and other attractions.