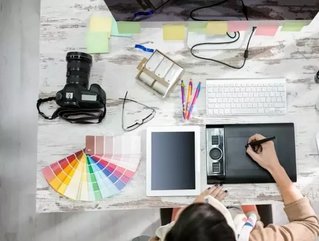 Collaborative workspace provider WeWork has bought one of its main Chinese competitors, Naked Hub. Neither company has disclosed the value of the deal, but according to CNBC it is reportedly worth around $400mn.

This acquisition will help WeWork significantly in its quest to expand across Asia. Naked Hub, which is part of the Naked Group, was founded in 2015 to offer coworking space and has 10,000 users across 24 locations.

Naked Hub also boasts around 200 employees which will be coupled with WeWork’s existing 250 staff in Greater China. Naked Hub’s founder Grant Horsfield has said the deal was “a hard decision, but it was the right decision for us… This allows us to make our dreams bigger and quicker.”

WeWork founder and CEO Adam Neumann announced the deal on WeWork’s website, stating: “When WeWork opened our first location in Shanghai in 2016 our goal was to give Chinese businesses of all sizes the community, culture and services to start and scale their operations and provide an environment that promotes innovation. Today we have 10,000 members across more than a dozen locations. By the end of this year we’ll serve more than 40,000 across 40 locations in Greater China.”

Neumann was enthusiastic about the prospects of the merger. “In Naked Hub, we have found an equal who shares our thinking about the importance of space, community, design, culture and technology. Together I believe we will have a profound impact in helping businesses in China grow, scale and succeed.”

The estimated $400mn investment is part of an ambitious plan to expand across Asia. WeWork’s Managing Director, Christian Lee, spoke to Business Chief magazine this month about WeWork’s expansion in the region, advising us to expect “lots of growth” in the region. Explaining the comapny's strategy, he said: “You start in a particular country and go deeper, then expand.” As well as new branches in Shanghai, Beijing and Hong Kong, Southeast Asia will be a key target for growth. “We’re now in Singapore and will expand into Southeast Asia as it’s an exciting market with great entrepreneurs, great companies and a lot of growth.”

The Managing Director also added that particularly in China, foreign SMEs find WeWork a useful place to base themselves. “We can take a company deep into a community. In China, we have over 10,000 members growing exponentially, so we can help introduce you to that community and what consumers want in China. This cross-fertilisation is one reason it’s important for us to go deeper into cities as well as broader. It’s incredibly exciting time and an incredibly exciting opportunity.”

Lee also said the company is keen to maintain the same values no matter where it expands. “When you walk into a WeWork, whether in Shanghai, Singapore, Mexico City or London, the energy, buzz and collaboration are all the same. The core is that people want a better experience at work. A more human experience. They want to connect.”