Could Softbank bring WeWork's value up to $35bn? 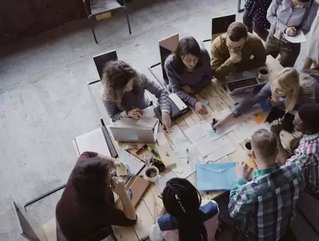 It has been widely reported in the media that coworking company WeWork is looking to a $35bn valuation, which will include further investment from major Japanese backer Softbank.

Bloomberg has reported that a Softbank executive stated WeWork will week to reach $35bn valuation at its latest fundraising. Rajeev Misra, board director at Softbank and CEO of Softbank Investments Advisors which oversees the company’s Vision Fund, reportedly stated at London’s CogX conference that WeWork is now looking toward this valuation and is likely to eventually reach a value of $100bn. He has been quoted similarly by Business Insider, but any video footage that existed of his comments has since been taken down.

The Wall Street Journal has also weighed in on the speculation, stating that it is likely the investment will come from Softbank’s Vision Fund which currently stands at $92bn. WeWork’s most recent valuation stood at $20bn since Softbank invested $4.4bn in the company last year.

Softbank contributes to $1.9bn investment in Chinese ‘Uber for trucks’

Any discussions which are taking place have yet to be finalised or publicised, but WeWork is primed for growth in Asia and it is clear Softbank sees this as a lucrative opportunity.

Speaking to Business Chief in April, WeWork Asia’s Managing Director Christian Lee stated “lots of growth” could be expected in the region. “We’re now in Singapore and will expand into Southeast Asia as it’s an exciting market with great entrepreneurs, great companies and a lot of growth.”

Lee was also enthusiastic about the support given to the startup by the likes of SoftBank. “You’d have to ask each investor individually [why they invested] of course, but my gut is that they had the same reaction I did – waked into a WeWork and saw something very special, very different was going on. Employees and users are passionate and engaged.”