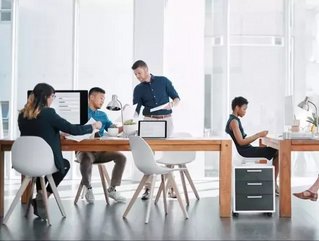 A Chinese WeWork rival has filed for an imminent IPO in the US.

That’s according to a Reuters report, which says that the Beijing-based Ucommune, China’s largest such company, is the firm involved. Valued at $2.6bn a year ago, the company submitted a prospectus to the Securities and Exchange Commission in September, according to Reuters’ sources. Ucommune are planning to go public by the end of the year, albeit dependent on feedback from investors.

Coworking in shared workspaces has been particularly popularised by technology startups, taking advantage of the cheaper, more collaborative environments. The practice involves office space being shared between multiple companies and individuals, as well as a more temporary and scalable approach to private offices.

The development also suggests that there is life in the business model yet, despite WeWork’s recent travails. Bailed out in a $10bn deal by Japan’s SoftBank, who have previously invested $9bn in the company, the company’s CEO Adam Neumann was ousted while SoftBank took an 80% stake.

Ucommune’s confidence is perhaps explained by the popularity of coworking in the APAC region, as a report by Colliers international outlines. Particular drivers of the phenomenon are Singapore, Hong Kong and Australia, but in China and India too the market is growing. Among the factors powering that growth is said to be workspaces with built in amenities and technology.

“With tenant experience becoming the cornerstone of commercial real estate strategy,” the report says, “operators will raise the bar for design and innovative amenities, transforming flexible workspaces into lifestyle destinations in their own right. More building owners will forge alliances with operators or create their own flexible workspace offerings, adding to the sector’s diversity and sophistication.”