Is Venture Capital Really Necessary For Startups? This CEO Says No. 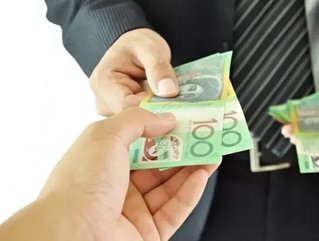 So you want to start a startup.

Great! Your mission statement is done, you’ve gotten your close friends and business mentors to look over your business plan, you’ve hired the best of the best to get the ball rolling and you’re chomping at the bit to get started. But there’s a little something you still have to do: raise enough money to get your product or service off the ground and out to your consumers.

Many people’s first thought is appealing for venture capital. And for IT, or biotechnology, or other high tech industries, it’s a good option. But if you don’t want your company to go public or are in a different industry this may not be the right path for you.

Salesforce.com, a startup launched at the end of 1999, found that venture capital wasn’t going to get the company where it needed to be. In fact, founder and CEO Marc Benioff was turned down multiple times by some of the biggest venture capital firms in Silicon Valley.

Salesforce.com, now worth over $US37 billion, is considered one of the most successful enterprise companies in the world.

“No venture capitalist would give us money. We raised all the money privately. I was thrown out of Sequoia three times, US Venture Capital three times,” Benioff told Andreessen Horowitz’s cofounder Marc Andreessen in an interview that took place in October at Tech Summit 2014. Instead, the company was self-financed by Benioff until his mentor and friend Larry Ellison invested $2 million in seed money.

Benioff’s solution was private money, and could definitely be your solution if you’ve had similar experiences.

“Why even go to venture capitalists? You should just raise money privately, unless someone like yourself (Andreessen) actually adds value because you’re an entrepreneur. But most of them aren’t going to give you any value anyway.”

Private investors may not be an option for you either. But Benioff proves that there are other ways around the funding problem, as long as you are willing to stick with your venture.