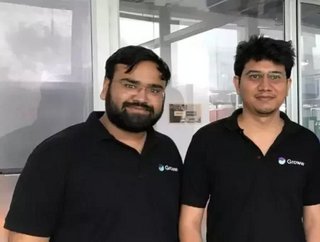 On a mission to make investing accessible and transparent throughout India, startup Groww secures the backing of Microsoft CEO Satya Nadella

Online investment platform Groww has announced the backing of Microsoft chief executive Satya Nadella, arguably one of the world’s most influential and highest-paid CEOs.

In a tweet, the India-based startup’s CEO Lalit Keshre announced Nadella’s backing of Groww both as “an investor and advisor”, though didn’t disclose the investment amount.

This marks the first time Nadella, who has led Microsoft since 2014, has invested in a startup publicly. So why now? And why Groww?

Well, it’s no coincidence that this investment comes just a few months after Nadella sold half his Microsoft shares, reportedly ‘for personal financial planning and diversification reasons’, giving him a healthy US$285m to invest elsewhere.

The fact he’s selected Groww, an Indian startup, is perhaps significant, not just because of Nadella’s own Indian roots – he was born and brought up in Hyderabad before moving to the US aged 17 to study – but because of his recent calling for more competition in the tech world.

In an interview last year with Bloomberg, Nadella – who is credited with turning Microsoft into one of the world’s most successful cloud computing company – said that there was no “God-given right for US tech companies its to take for granted that there cannot be other tech powers” and called on US tech firms to welcome competition from outside the US.

With his investment in Groww, Nadella is not only putting his money where his mouth is, but also where his conscience is, it seems. The fact that Groww’s mission is, and has been from the start, to make investing easy, accessible and transparent for all in India is likely something that appeals to Nadella, who believes not only in the democratisation of tech, but also in using tech for good.

Back in 2018, while addressing #FUTURE, the global digital summit, Nadella pushed home the importance of using technology to make a difference in society, and how it could make a dramatic difference in India.

The fact that Groww is, well growing, having raised US$251m in a Series E funding round back in October, giving the unicorn a valuation of US$3bn, is probably pretty attractive too, especially when it already has the confident backing of high-profile investors including Sequoia Capital and Tiger Global.

So, how exactly did investment platform Groww grow?

According to co-founder and CEO Keshre, Groww is all about simplifying financial products in India for first-time and young investors “helping users manage, save, invest and transact money”.

The startup, which focuses heavily on personalisation, claims to have more than 20 million users on its platform, with 70% of its investors hailing from the more underdeveloped tier-2 and 3 geographies.

The platform has grown exponentially, especially since the start of the pandemic, witnessing 200% growth in first-time investors in 2020. Job losses and health concerns have pushed Indians to invest and save more in avenues such as mutual funds or try their luck with stocks, increasing interest in online mutual fund investment.

And with this growth has come some serious backing. In April 2021, Groww raised US483m, reaching unicorn status, and within six months had raised a further US$251m bringing its total capital raised to US$535m and tripling its valuation to US$3bn.

Groww’s success in 2021 follows in the footsteps of other fast-growing Indian fintechs like Razorpay and Pine Labs which also grew their valuations significantly, in the billions, via successive fundraising last year.

Groww will use capital raised to up penetration

With its total capital raised of US$535m, along with the undisclosed investment from Nadella, Groww plans to expand its business operations to reach the under-penetrated geographies by strengthening its team and scaling its infrastructure. It also plans to continue making significant investments in improving the accessibility of its financial services ides to people in India, and educating them on the same as well as adding more financial products and services to its platform.

With its aim to build a full-stack platform to support the entire journey of an investor, Groww is also working on introducing investments for US-based stocks for its customers and announced last year plans to create its own investment products through the acquisition of Indiabulls Housing Finance’s (IBHFL) mutual fund subsidiaries.

Keshre says: “Over the last five years, we have built a product that customers love and have lowered the barriers to investing across India. We are making a difference in the lives of millions of Indians by democratising access. And it seems the journey has just begun with such a huge opportunity ahead of us.”