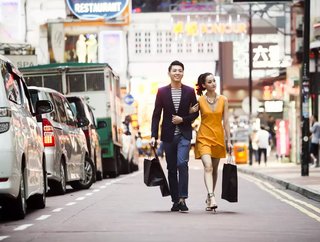 Retailers in APAC are the fastest-growing with China especially fuelled by the growth of domestic online giants, finds Deloitte’s 2021 retailing report

Asia Pacific is emerging as a retail growth hotspot, according to research from Deloitte’s Global Powers of Retailing 2021 report, which outlined the top 250 global retailers in 2019.

Among the world’s top 250 retailers, which generated aggregated revenues of US$4.85 trillion in the fiscal year 2019, the APAC region stood out in terms of its phenomenal growth in the retail sector.

While Europe has the most Top 250 retailers, with 87 companies, and North America retailers contributed the most to the revenue (47.1%), fast-growing Asia Pacific contributed 16.2% with Japan contributing the most (6.7%), China and Hong Kong 4.7% and the rest of Asia Pacific (4.8%).

Underlining just how fast the region is growing, Asia Pacific further occupied nine out of the 12 new entrants to the top 250 list, with three countries based in South Korea, two in China, and Vietnam entering the top 250 for the first time due to rapid organic growth.

But that’s not all. Retailers in Asia Pacific also achieved the highest FY2019 YoY growth, at 7.1%, more than 1.5 times higher than the Top 250’s composite growth.

What’s contributing to such growth?

So, what’s contributing to such growth among Asia-Pacific retailers? According to Deloitte, it includes a combination of a focus on e-commerce, rapid store expansion, M&A activity, and continued efforts to build a strong consumer base.

In fact, e-commerce and discounters drove high retail revenue growth and five out of the top 10 fastest-growing retailers worldwide were online.

In particular, China is steaming ahead, the only country with two retailers in the top 10 fastest-growing retailers and two in the top new entrants – Lao Feng Xiang and Topsports International Holdings.

"Fuelled by the growth of domestic online retail giants, Chinese retailers' revenue rose 11.7% YoY, the highest among major countries,” says Zhang. “Online retail continues to surge, supported by strong infrastructure for mobile commerce that makes the transition online much easier. With the pandemic further accelerating the shift online, retailers must step up their digital transformation efforts or risk missing out on growth opportunities."

The world’s top 10 fastest-growing retailers, five of which are headquartered in Asia Pacific, had a number of things in common including