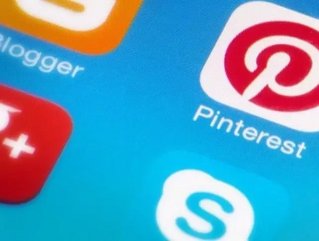 While most businesses’ social-media focus is on Facebook, Twitter and LinkedIn, Pinterest is another platform gaining a larger presence on the web, and should be in your company as well.

In fact, some believe Pinterest is an even better way to advertise through social media depending on the company. The platform is a good place to interact with customers and see what they’re saying about your competitors. Pins stay on Pinterest forever, which can show the popularity of a product at any point in time. This data can help companies make long-term decisions on whether to restock or increase production.

RELATED TOPIC: Should Pinterest be Part of Your Social Media Campaign?

Although Instagram is the largest visually generated social media site, Pinterest is also quite formidable. According to a Shareaholic Social Media Traffic Report from last year, Pinterest was the second-largest driver of social media traffic behind only Facebook.

And it’s only going to get bigger as Pinterest is set to add buyable pins to its platform beginning later this month in the U.S. Instead of only being able to share the things they like, this will be a button that allows users to make purchases directly from the site and have it shipped right to their door.

Already with users around the world, Pinterest continues to build its user base. As it keeps growing and adding new options for both consumers and marketers, it is quickly becoming one of the most valuable platforms for advertisers on the internet.

“People use Pinterest as a boundless catalog of ideas, but it’s not about how many ideas are in that catalog,” said Ben Silbermann, Pinterest cofounder and CEO. “It’s about how each individual turns some of those ideas into reality.”

RELATED TOPIC: 10 Most Visited Social Media Sites In Australia In 2014

Now valued at $US11 billion, Pinterest is still trying to shed the stigma that it’s nothing more than a scrapbooking site for women. Tech companies such as General Electric (GE) in the U.S. have already found ways to tell visual stories on the site, while the social management system Hootsuite has a board dedicated to helping people use Pinterest better by using case studies and infographics.

Of all social media sites, it seems Pinterest will become the most logical platform to use in retail since the pins are already about customer preference. Pinterest users are already showing you what they want to buy, now it’s time to let them buy it.