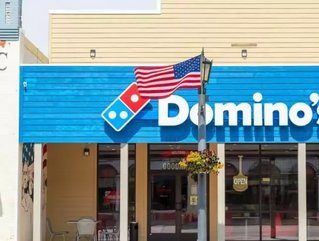 The four-wheel machine developed in Australia is battery powered and uses sensors to avoid obstacles. It is able to move as fast as 12 mph and deliver pizzas within a 20 kilometre radius before returning to get recharged.

Equipped with a heated compartment that can hold up to 10 pizzas at a time, customers are provided a code when placing their order, which they can then enter into a keypad to unlock the compartment and retrieve their pizza.

“DRU is cheeky and endearing and we are confident that one day he will become an integral part of the Domino’s family,” said Domino's New Zealand general manager Scott Bush. “He’s a road to the future and one that we are very excited about exploring further.”

The core of the machine was developed by Australian live-fire training robotics developer Marathon Targets. In the past, Domino's has been known to create other new innovations to enhance its marketing techniques, including a pizza delivery drone, a fleet of customised pizza-delivery vehicles and the ability to place an order using a pizza emoji.