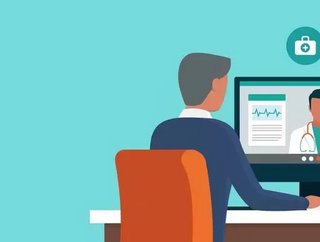 The three organisations achieved this by developing a system which applies quantum cryptographic communications technology to clinical sequencing, in addition to using the system to safely transmit cancer genome analysis data.

“This is the world's first development and demonstration of a system using quantum cryptographic communication technology in the field of genomic medicine,” commented Toshiba in a company statement.

Toshiba also explains that clinical sequencing is a new examination in genomic medicine. It utilises a next generation sequencer to read a patient’s gene sequence at ultra high speed.

The results of the analysis are then provided to physicians and experts to assist patient diagnosis and treatment selection. The system builds on and extends the capabilities that Toshiba and ToMMo previously announced in January 2020. The achievements of this demonstration is a major step towards a practical system to provide safe and secure genomic medicine.

The research was conducted as part of a strategic innovation creation program (SIP), established by the Council for Science and Technology and Innovation of the Cabinet Office - ‘Society 5. 0 Realization Technology Utilizing Light and Quantum.

Since January 2019, Toshiba, Tohoku University Tohoku Medical Megabank Organization (ToMMo) and Tohoku University Hospital, have advanced their research by focusing on two key areas including: clinical sequencing of cancer patients, the type of data that must be kept confidential; and how to harness quantum cryptographic technology in data decryption.

“Transmission of genome analysis data uses a one-time pad (Note 4) cryptography that Toshiba and ToMMo announced in January 2020 (Note 3) . Genome data is encrypted as it is sequenced, with a cryptographic key distributed from the quantum key distribution system, and transmitted using the one-time pad. The transmission system is designed for ease of use. Menus on the operator's screen allow simple selection of the number of the specimen for analysis, and of the transmission method,” commented Toshiba.

Implementation of data transmission for an online expert panel:

“A secure environment for an expert panel was achieved by setting up two-way transmission of audio-visual signals that is linked to a key management server that stores and manages quantum cryptographic keys. This server receives audio-visual feeds from an on-site conferencing system, uses a one-time pad to encrypt it, and transmits it to another key management server at a different site. It uses the same one-time pad to decrypt encrypted audio-visual feeds from the other site, and transfers it to the in-house conference system. The outcome is a totally secure environment where genome data can be discussed with confidence,” added Toshiba

Who concluded that, “the results confirm that quantum cryptographic communications realize secure data transfers and support real-time communications and diagnostics. In addition to providing a secure basis for professionals working in genomics to share and discuss highly confidential personal data, it also points the way to the future development of telemedical services, where patients in remote locations can trust the privacy of consultations with physicians.”