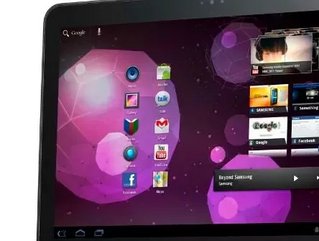 After weeks of heated debates with Apple over alleged infringements of the Apple iPad, Samsung agreed on Monday to delay the launch of the Galaxy Tab 10.1until a court rules the week of September 26.

In the meantime, Samsung will await the Australian Federal Court’s decision on whether the tablet computer will actually go on sale. However, Justice Annabelle Bennett did not extend the injunction forbidding Samsung from selling its tablet and from advertising the device.

“It should be noted that the court has not issued an injunction against the sale of the Galaxy Tab 10.1, and the court did not make any ruling during today’s hearing,” Samsung said in a statement on Monday. The electronics company also said it would file an undertaking that would give Apple 48 hours notice of any pending launch of the tablet.

This is another stumbling block for Samsung, who is inevitably losing tons of cash for sitting on this product. In early August, Samsung postponed the media launch event for its Galaxy Tab 10.1 in Australia, citing its current legal proceedings with Apple.

Samsung will now file a cross-claim filing similar infringements of its Galaxy Tab 10.1 by Apple. “Today, Samsung Electronics informed the Federal Court of Australia it intends to file a cross claim against Apple Australia and Apple Inc. regarding the invalidity of the patents previously asserted by Apple and also a cross claim against Apple regarding violation of patents held by Samsung by selling its iPhones and iPads,” Samsung said.

“Samsung will continue to pursue all possible measures including legal action to defend its intellectual property rights and ensure its innovative products remain available to consumers throughout the world.”