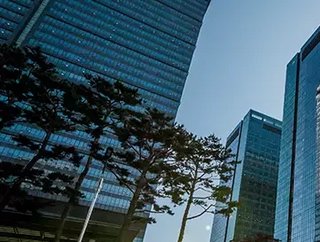 Samsung Electronics has claimed top spot in Forbes’ World’s Best Employers 2021 for the second year. This follows a miraculous jump from 106th place in 2019 to first place in 2020 and now 2021.

The 2021 ranking consisted of 750 global companies in total, with China delivering the most APAC-headquartered employers on the list (57) followed by South Korea (37), Japan (24) and India (18).

However, out of all the Asia-Pacific countries listed, South Korea had the most employers in the top 50, among them Amorepacific, KB Financial Group, Nongshim and Korea National Oil. The other major South Korean electronics brand LG, which placed fifth in 2020, took a fall this year to 43rd place.

Top 10 best employers in Asia-Pacific according to Forbes’ 2021 list:

Forbes announced the rankings after surveying 150,000 full-time and part-time workers from 58 countries working for multinational companies and institutions. Employees were asked to rate their willingness to recommend their employers to family and friends, and to rate their employers’ response to the pandemic, scoring them based on image, economic footprint, talent development, gender equality and social responsibility. Why Samsung Electronics is the best place to work

Samsung Electronics, which currently employs 1,049,490 people across more than 70 countries, was commended by Forbes in 2021 for its policy of prioritising employee safety and health during the ongoing pandemic as well as for its active investment in future business.

When the world was hit by the COVID-19 pandemic, Samsung reacted quickly, shutting down its factories in South Korea, shifting its production from Korea to Vietnam, and reducing its component orders by 50%. Samsung took actions that upheld people’s safety over profit while at the same time engaging in global activities for CSR and an integrated global campaign.

It did this while also continuing to launch innovative products and investment in new technologies.

This best employer crown comes hot on the heels of Samsung Electronics ranking fifth in Interbrand’s 100 Best Global Brands for the second consecutive year, as the South Korean conglomerate’s brand value of US$74.6bn saw a 20% increase compared to 2020 – twice the average brand value growth rate among the top 100 brands in 2021.

With a market cap of US$510.5bn, the firm – which makes more smartphones than any other company in the world and dominates the manufacturing of memory chips – has seen a strong financial performance, recovering to reach pre-pandemic levels achieving a historic high quarterly revenue at 7.3 trillion won in the third quarter.

This strong performance follows a difficult few years for the Samsung Group, with the Lee family embroiled in various issues, from former chairman and founder’s son Lee Kun-Hee’s six-year coma and subsequent death in 2020, to his son and heir, Lee Jae-yong’s (Jay Lee) recent bribery conviction and prison sentences.

However, the company is back on track, not just with its stunning financial performance in 2021, along with its 20.8% market share, ensuring it remains the world’s biggest smartphone maker, but with its dynamic leadership.

Since being released from prison in August 2021, Samsung leader Jay Lee has taken control of the company and made some big decisions including reorganising the company in what is the biggest management shakeup of Samsung since 2017. This sees the consumer and mobile divisions merge into a newly formed SET Division, to be led by Jong-Hee Han, which consolidates and simplifies the firm’s operational structure, and it is believed will help it to compete with its American arch-rival Apple.

As part of the recent reshuffle, Samsung also announced that Kyehyun Kyung is stepping in to lead the company’s Device Solutions group, and that Hark Kyu Park would be the company’s new CFO.

Lee also recently travelled to the US to conclude and announce plans for a US$17bn plant in Texas.