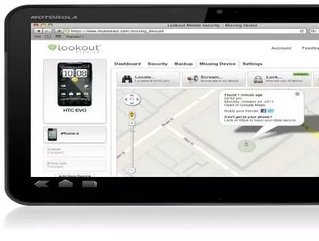 We love our mobile apps: nationally, we have each downloaded an average of 25 shortcuts to our favourite banking, shopping, travel planning and entertainment domains.

But, like our once-beloved laptop computers, they are open gateways for infectious programs to spread, threatening our mobile security.

To keep our mobile phones safe from malware, spyware, phishing, data loss and other detrimental bugs, US-based mobile security company Lookout Mobile Security announced last month its plans to expand internationally to Australia, in addition to Canada and the UK.

Partnering with Telstra, Australia’s largest telecommunications company, Lookout will adapt its services to provide protection to Android and iPhone users through an innovative security app, available free of charge through the Android Market and Apple’s App Store.

“As Telstra customers increasingly rely on their smartphones and tablets, we want to ensure that security options are in place to ensure the safest possible experience for our customers,” said Telstra’s Freddie Jansen Van Nieuwenhuizen in a statement about the app release.

He continued, “We’ve chosen Lookout Mobile Security to provide a simple application our customers can download to their smartphone or tablet that helps protect them against malware-infected apps, privacy violations and data loss.”

Australia is relatively new to the smartphone craze: of the almost 50 per cent of us who own one, a Google study revealed that for 80 per cent of respondents, this is their first. One in three respondents had purchased their smartphone within the last six months.

However, as Australia’s national smartphone penetration increases and our reliance on mobile services grows, so does the threat of security breaching: in the last four months, Lookout has detected nearly 1,000 infected apps.

“Mobile threats don’t discriminate based on where you are,” said Lookout CEO and co-founder, John Hering, in a statement. “They tend to be global, affecting people around the world.”

Powered by Lookout’s cloud-based Mobile Threat Network, the app analyses global threat data and blocks detected threats within minutes – before it even has a chance to reach your phone.

“We are providing a simple way for people to protect their most personal devices. Australia, Canada and the UK will be the first of many countries where Lookout will deliver an adapted experience,” Hering said.

The app also includes a convenient “Find My Phone” feature, where you can login to your Lookout account and set off a loud “screaming” alarm on your phone to help you locate it – even if it’s turned on silent.

While the basic security app is free, an upgrade for AU$2.99 per month (AU$29.99/year) will provide premium protection with added features such as Remote Lock & Wipe in case your phone is lost or stolen, photo and call history backup, the ability to transfer data between phones, and premium support from the Lookout team.

The top-rated app is currently used by 12 million smartphone owners across 400 mobile networks in 170 countries.