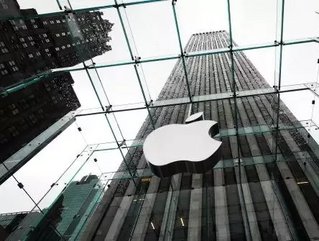 Apple has recently released their fiscal second-quarter earnings, with figures which are much healthier than were expected. With a profit of $9.5bn and revenue of $43.6bn, the company exceeded the expectations of many.

Unfortunately, these figures also bring about the first drop in profits for the company in ten years. The previous year’s fiscal report revealed huge profits of $11.6bn and a revenue of $39.2bn, with shares decidedly higher at $12.30, unlike the current $10.09.

CEO of Apple, Tim Cook, released a statement with the report, saying, “We are pleased to report record March quarter revenue thanks to continued strong performance of iPhone and iPad. Our teams are hard at work on some amazing new hardware, software and services, and we are very excited about the products in our pipeline.”

The profits primarily came from the sale of iPhone and iPad, the number of which rose dramatically from the previous year. Over 37m iPhones and 19.5m iPads were sold this quarter, compared to the significantly lower 35m and 11.8m respectively last year.

Unfortunately, Apple may need to put their celebrations on hold as the atmosphere in the stock exchange is still doubtful. Goldman Sachs recently dropped Apple from its top priority list due to worries that the company has become complacent in its reliance of iPhone and iPad technology.

Analysts commented saying that the company hasn’t produced a truly original piece of technology since the release of the iPad, whilst sales of the iPhone 5 have been significantly lower than expected.

With this drop, there’s a chance more people will be choosing to take on Apple’s share with spread betting rather than a long term investment as the stock is just too risky at the moment.

“Apple shares had come under large pressure ever since prices hit the heights of $705.07 in September last year. Since then, shares fell 45 percent to reach a low of $385.10 on 19 April.

“These falls were dictated by large scale profit taking from shareholders in the face on lingering doubts that Apples pace of revenue growth can continue in the face of escalating competition from Samsung, concerns over future product innovation and its muted cut through into the mass Chinese market,” recently commented CityIndex.co.uk and continued saying:

“These concerns remain however the huge share repurchase programme which is set to see the company return $100bn to shareholders over 3 years has helped to restore some beleaguered shareholder loyalty.

“It is no surprise therefore that shares have recovered as much as 16 percent from the recent April lows. Key to maintaining a restoration of investor confidence is whether the company can deliver a new wave of product innovation after the death of its previous creative leader Steve jobs and if its efforts to broaden its product reach in China.

“For the latter to happen, investors would like to see tie ups with suppliers such as China Mobile. If steps are made in this area, that could attract buyers back to Apple’s shares.”

What can other tech companies learn from these results? In today's innovation obsessed society, where the latest product seems to be all people care about, it is vital for tech companies, no matter how large to continue innovating and releasing new products.