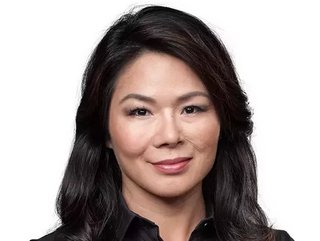 Leading Apple’s business in Greater China for the last four years, VP Isabel Ge Mahe has a lot on her plate, as China’s tech crackdown continues

As Vice President and Managing Director for Apple in Greater China, heading up the tech giant’s operations across mainland China, Hong Kong and Taiwan, Isabel Ge Mahe is arguably one of the most powerful women on the planet.

Ranked number 11 on Fortune’s Most Powerful Women International list in 2021, Isabel heads up one of the world’s biggest companies (Apple) in one of its biggest revenue-generating regions (Greater China).

Quite a challenge, especially considering the fierce competition Apple continues to face from Chinese competitors like Huawei, OPPO and Xiacom, along with the Chinese government’s continuing crackdown on tech companies.

As Apple’s first-ever VP and MD for Greater China, Isabel was appointed in July 2017, during what was a particularly volatile time for the company regionally. Apple’s business in Greater China had slumped for six quarters since Q2 2016, with its revenue decreasing by 8% in 2016, marking the first time in 15 years that its sales and profit were less than the year before.

At this time too, Apple was experiencing ongoing disputes with official Chinese entities amid a tightening environment for foreign business in the country. This included a new cybersecurity law, requiring overseas firms to store data within China, resulting in Apple announcing in July 2017 that it was setting up its first data centre in Guizhou province to comply with the new law.

As a Chinese native, brought up in the north-eastern city Shenyang of Liaoning Province, a fluent Mandarin speaker, an expert in wireless technologies, and a leadership veteran at Apple – as VP of Wireless Technologies for nine years – Isabel was perfectly poised to take on this newly created role.

Isabel Ge Mahe – how did she get to VP China, Apple

Isabel first joined Apple in 2008, based at the company's California headquarters. With a master’s in engineering and an MBA from Berkeley, she had held a number of key technical and managerial positions in various wireless companies. She was VP of Wireless Software Engineering at Palm Inc. for six years.

Her deep understanding of the China market and consumer demands in the region enabled Isabel to further develop and innovate for the benefit of customers in China – working closely with Apple’s R&D team and carrier partners to develop China-specific features for iPhone and iPad.

With the company's China business in need of strong leadership, Isabel was tapped to take the reins of its operations in Greater China – a critical position in a region generating nearly 20% of company revenues and only behind the Americas and Europe in terms of sales.

Charged with aligning corporate strategy, product planning and brand positioning, she provides leadership and coordination. Isabel has also continued to play a central role in integrating regional features for the iPhone and iPad, including Shanghainese dictation, SMS fraud protection, English on 10-key Pinyin keyboards, and the ability for consumers to rely on a phone number as their Apple ID.

What’s more, Isabel has continued to successfully navigate the tech giant’s position within China’s increasingly tough regulations, as other foreign tech firms have moved out – Yahoo, Epic Games (Fortnite) and Microsoft’s LinkedIn, among others.

And while Apple sales in China were down during the last couple of years, primarily due to China’s trade war with the US, company sales have bounced back regionally under Isabel’s leadership.

It seems that Isabel’s guiding principle, which “has always been to be the best” and “never to settle for second place” is working out – for her and for Apple.