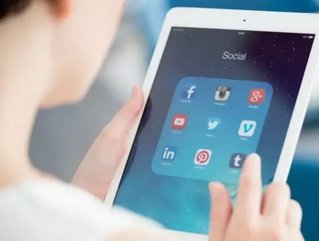 When considering what technology to invest in for yourself, tablets will probably be at the forefront of your research. We’ve already discussed the benefits and downfalls of laptops and tablets (Battle for Prominence: Laptops vs. Tablets, March 2013), so now it’s time to investigate your best options for tablets. Microsoft and Apple products dominate the conversation, and with a the latest Surface
Pro launching in August and iOS 8 updating this fall, you’ll see why all the talk is justified.

The Microsoft Surface Pro 3 will not be available in Australia until the end of August, but it may be worth the wait. This super skinny ultrabook is more laptop than tablet, and for a lot of c-levels, that’s almost a necessity. Most business is still conducted from a traditional desktop or laptop computer; however, the portability of the Surface Pro 3 may change your mind.

The Pro 3 – which is thinner than a MacBook Air – is a large-screen tablet (one of the largest tablets on the market – just over 30cm when measured diagonally) with a detachable keyboard. The keyboard is where many people find fault with the device, both because it is not bundled with the device and is an “optional” purchase, and because of its usability. The keyboard is built like its predecessors, but one complaint remains – the track pad is still not up to par.

And when comparing the Pro 3 to other Apple products, many say it’s closer to the MacBook Air than the iPad. It’s both a laptop and a tablet that’s powered by Intel and has the full Windows slate of programs. For a c-level executive, that has huge potential: a tablet, that’s described as a laptop first, with tablet capabilities? The split-screen option is another advantage the Pro 3 has over Apple. After all, when was the last time you only had one window open on your computer at work?

As for operation, the Pro 3 has a pretty decent battery life, surviving about 7 hours of heavy use. It can charge to 100 percent in 4 hours, but all the way to 80 percent in just 2 hours. The big screen really allows users to get everything out of the Windows 8 interface and applications, but for some, the screen was too big when used as a tablet.

The device also comes with a brand new pop-out hinge, allowing for 150-degree range of motion. When sitting at a desk this may not seem important, but balanced on your lap in an airport or using it while laying on the couch have gotten a lot easier.

Complaints, besides the track pad falling short include that is does heat up quickly, and becomes almost too hot to the touch. This is not terribly surprising, as it is a tablet running like a laptop; just like your laptop, it will get warm.

It also has been described as “laptop enough.” A tablet, even the Pro 3, will never have all of the capabilities of an actual laptop. But this one comes pretty close.

Although the iPad was not the first commercially available tablet, it is the standard by which all other tablet computers are judged. The first iPad from Apple was released in 2010. In 4 short years, it’s had five generations, culminating in the iPad Air and the iPad Mini.

The iPad Air is one third less heavy than the iPad 4, and thinner. The device ships with iOS 7, but iOS 8 has recently been announced for the fall of this year. It will include greater access to the iCloud for your Photos, a smarter keyboard and an option called Family Sharing, allowing up to six people to share iTunes, iBooks and App Store purchases. iOS 8 also gives developers more power, so business-specific apps can be even stronger and better suited for you and your company.

The 10-hour heavy-use battery life is impressive, and the device itself has little to no lag time when responding. It’s great for emails, social media and web browsing. The front and rear facing cameras are handy, and the video quality is pretty great. Usage is most aesthetically pleasing in portrait mode, but operating in landscape is still pleasant.

And the screen – the vibrant and sharp display is one of the best components of the iPad Air. The trade off for the display and thinner housing, however, is lower audio quality. There are just a tiny pair of speakers that play in stereo, compared to the better-sounding single mono speaker on early generations of the device.

One of the downsides to the iPad Air is the lack of functionality for a business exec, beyond browsing the web and specific business apps. However, that can be changed when Microsoft Office introduced apps for Apple devices. Although it takes a US$100 subscription a year, you can now access and edit documents, Excel workbooks and PowerPoint presentations from your Apple tablet. If the subscription fee seems a little steep for you, Apple’s answers to the Microsoft Suite (Pages, Numbers and Keynote) are also available for a one-time-only price.

Unlike the Pro 3, the iPad Air is in no way a laptop. For many, that’s a good thing. Tablets are expensive – especially Apple devices – and are bought usually for their functionality as a tablet. Critics would tell you if you are interested in buying a tablet like a laptop, the closest you’ll get from Apple is the MacBook Air. But tablets aren’t necessarily meant to be laptops, and for the founder of a start-up or a travelling c-level exec, the iPad Air might be just right for you.

Microsoft and Apple do not have the market cornered on high-powered, sleek tablets. There are plenty of other options out there for you. Below, we share the pros and cons of each of Australia’s other favourite – and less expensive – tablets.