To Infinity And Beyond: Is Mining Moving To Space? 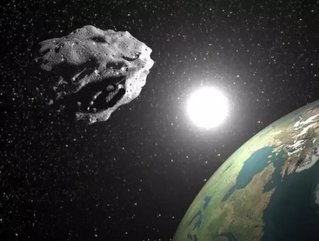 The mining slump in Australia, particularly in coal and iron ore, has miners, their companies and those covering the news (including me) a little down. But this idea will have everyone looking up: way up, around 400,000 kilometres up, actually.

Like cave painters, Galileo, Einstein and Buzz Lightyear, we’re turning our eyes to the skies. The idea of mining objects, namely asteroids, in space has been seriously considered for longer than you’d think, as NASA and other space advocates have studied carious plans to extract space resources since the 1970s.

And asteroids are ripe for the picking: Platinum, palladium and water are abundant, as is gold, iron, nickel, titanium and even oxygen. Iron may not be a necessity right now or in the near future, but precious metals and commodities like air and water have huge appeal to those of us on Earth and those looking to explore the vast corners of space.

There are companies already dedicated to the idea. Planetary Resources has Larry Page and Richard Branson as investors, and is looking to extract water and oxygen to refuel astronauts on months-long missions. Dassault Systems believes an asteroid called 16 Psyche has enough nickel-iron to sustain (and satisfy) humankind’s needs and wants for millions of years. Japan has even unveiled an asteroid hunting space probe, which is on track to launch at the end of 2014 or early 2015 and will arrive on asteroid 1999JU3 come 2018.

This is no longer the stuff of fantasy—it is feasible, in theory, to mine an asteroid. But is it worth it?

Currently, it costs $US2 billion to launch enough water to sustain six astronauts on the International Space Station. If there could be a closer refuelling station, millions could be saved. As people continue to expect the same or better technology, and as earth runs out of its own natural resources, it becomes a more attractive option.

There is a big roadblock, however, to this all becoming possible: the United Nation’s Outer Space Treaty of 1966. The treaty prohibits the “national appropriation of space resources.” This makes mining on the moon illegal, but what does it mean for asteroids?

Currently, it’s a big legal grey area. There are a lot of interested parties and plenty of startup companies and government entities looking to lay claim to the biggest deposits of minerals in the sky. For now, Australian mining giants look like they will be staying on the solid ground of Earth. But don’t be surprised, if they too, look towards the final frontier in the coming decades.