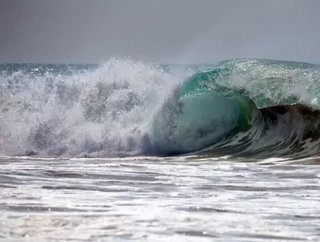 In an attempt to harness the power of the ocean’s waves, Carnegie Wave Energy has begun working with Western Power to create the first-ever wave energy island microgrid connected to an electricity network.

The underwater system is set to be constructed approximately six miles off the coast of Garden Island, which is a small island off the coast of Western Australia near Perth. Down the line, this could become a model of other nations near the sea to create their own underwater power system if it works out.

“Carnegie sees great potential to integrate its world leading CETO wave technology into islands as well as fringe of grid applications wherever there is a strong wave resource,” said Carneigie CEO Michael Ottaviano.

With unique characteristics such as more predictability and less variables, wave energy is an upgrade compared to other renewables such as wind and solar energy.

RELATED TOPIC: Why Australia should look to renewable energy to stay amongst leading nations

Although the Garden Island Microgrid project is expected to produce one megawatt of energy, which is enough to power roughly 2000-3000 homes, all of the project’s generated energy will go to the Australian Defense Department and a desalination plant located on the island.

CETO wave energy technology created by Carnegie converts ocean swell into zero-emission renewable power and desalinated freshwater. The units are completely-submerged buoys called specifically buoyant actuators, which are tethered to a pump on the ocean floor.

The activators move with the waves and transfer energy through the tether to the pump, which then sends that pressured fluid to a hydroelectric power plant on the shore.

Carnegie has been developing this wave generation technology for nearly 10 years with about $100 million invested in its commercialisation, and has already experienced a substantial amount of success. The company also completed its Perth Wave Energy project earlier this year.