If smartphones fade and wearables flop, what's next? 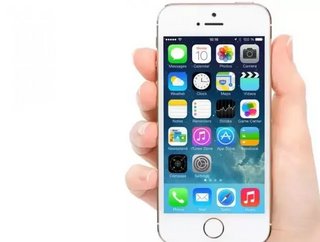 No matter how fancy the features, the hand-held smartphone will never be more valuable than the apps it possesses.

Your basic smartphone can be produced for as little as $10 each, yet consumers spend nearly $1000 to purchase one. But with wearables set to take off as the next primary use of mobile technology, the days of paying ridiculously high prices for a smartphone may come to an end in the near future.

Although Apple and Samsung’s smartphones are still a luxury for many, no one views the as innovated and ahead of the curve of the latest technology. Soon, mobile companies may begin giving away handsets for free, or to take it even a step further: paying consumers to use them.

Apple is trying to get ahead of the curve, as the tech giant has attempted to get a head start in the wearable tech market with the launch of its Apple Watch. But one problem for Apple down the line will be its turnaround time for new products.

Currently, Apple takes about a year to year and a half to get a new idea onto the market. The company is wealthy enough where a lone failure won’t hurt as bad as it would a smaller company, but there’s still a risk to being beaten to the punch.

In the time it will take Apple to launch its next product, smaller, more agile companies will have time to release new devices no one has even thought of yet to create a market of its own.

RELATED TOPIC: 10 Wearables Every Executive Should Have

As a new breed of mobile devices start coming out, it’s conceivable to begin seeing free smartphones hitting the market within the next five years.

However, there’s plenty of work to be done between then and now. A new report by the Telsyte Australian Smartphone and Wearable Devices Market Study 2015-2019 reveals the Apple watch sold only 200,000 units during the first half of 2015.

Although the device was just released in April, the Apple watch hasn’t sold anywhere near annual sales of 20 million the banking firm UBS predicted.

RELATED TOPIC: Can Fitbit survive in the age of wearables?

Those who follow the tech industry have been excited about wearables for years, but the overall response to them has been far from what was initially expected. Most could be due to the high price for the gadget, even though the Apple watch still owns 64 per cent of the smartwatch market according to Telsyte.

However, smart wristbands such as Fitbit have increased in sales volume by 30 per cent in the first half of 2015, showing consumers’ interest in the product. Meanwhile, the idea of Google Glass has been put aside due to technical problems as well as a significant lack of interest.

But if the smartphone market is set to dry up and wearables aren’t quite ready to take off, then what’s next?