The Future of the NBN in Sydney, Melbourne and Brisbane 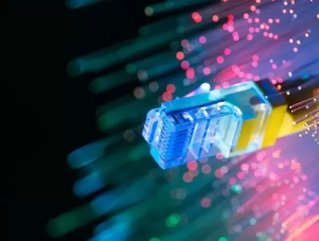 Australia’s National Broadband Network has been in the works for years. But this week it was announced that Arris, a U.S.-based telecomm equipment manufacturing company, will be joining efforts with Telstra and Optus and installing new cable modem termination systems (CMTS) and upgrading the two networks. And it’s coming sooner than you might think.

This is a big job: there are 230 exchanges across Sydney, Brisbane and Melbourne Arris will be working on during this three-year $400 million deal. Arris beat out rival Cisco for the contract.

NBN Co. is planning on launching pilot services in the fourth quarter of this year, with connections to the hybrid fibre-coaxial cable network beginning in March of 2016. According to Arris’s president of network and cloud services, the DOCIS1.0 systems will be upgrade to 3.0, which would allow NBN Co. to offer more reliable services.

This upgrade speaks to the three-year contract timetable, as each node takes at least four hours to upgrade. The scale of this project is enormous: on top of the node upgrades, NBN Co will need to build lead-ins for about one-third of the 3.27 million premises that are currently passed by the network.

Just today, news came in about the rising cost of connecting a single existing home or business to the NBN: $4,316.

The number has changed drastically since 2013, when NBN Co. shared that the cost per premise was going to be around $1,100. This price neglected the cost of connecting homes to local telephone exchanges and points of interconnect; when this was added in, the price skyrocketed to $3,300. Since then, there have been several audited figures reported by the NBN, each one climbing a little bit more.

The change in the cost is being attributed to higher construction costs and a change in accounting rules, shared the NBN Co.

"These are fully allocated costings and represent the cost of building a connection from the transit network to the customer or RSP equipment," Bill Morrow, NBN Co. CEO, said. "We think it essential that thesecostsand their definitions are fully explained to assist us in our own future planning and to be transparent with the Australian public on the full cost per premises."