Face Time with Your Bank Manager 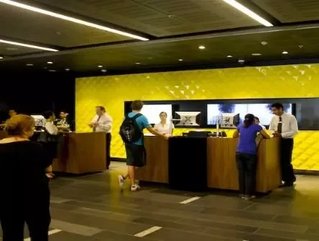 To reach out to their rural customers, Commonwealth Bank has begun trials of video conferencing that will allow these customers to connect with their bankers quickly and easily from all corners of Australia.

“No matter what question you have or what service you require, you should only be click away from getting that personal, professional interaction that closes immediately the problem or solution you have,” Commonwealth Bank CIO Michael Harte said, according to Computerworld.

The in-branch trials signify future changes in the way that customers all over the country will seek help from their bankers.

So, what does that mean for tellers? Will their branches be replaced by mobile receptors and their computers by smartphones?

“I’m not predicting branches will be gone in 30 years... I’m just saying that more and more people will find it increasingly convenient to use the phone to do anything that involves real time interaction and transactions,” Mr Harte said.

Computerworld also reported that the bank will work harder to ensure that all systems are maintained at all times to avoid another national outage scenario. According to Mr Harte, customers should only experience 5.86 minutes of ‘critical’ system downtime per year.