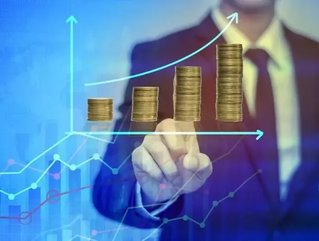 After months of intense negotiations over control of money and investment strategy Japan’s SoftBank, led by Chief Executive Masayoshi Son, has reached an agreement with Saudi investors to launch the world's biggest technology investment fund.

The Vision Fund is expected to start with just under $100 billion in investments and a twelve-year term, and according to the press release detailing the announcement: "ushers a huge, new force into a tech-investment world long dominated by Western bankers and Silicon Valley financiers".

The deal combines the deep pockets of Mohammed bin Salman, the 31-year-old deputy crown prince of Saudi Arabia, with one of the world’s most ambitious tech investors, but there were doubts that it would go through at one point.

“We had a difficult time understanding the delays,” one SoftBank executive involved in the deal said in April, after his third forecast that the fund would launch soon was proved wrong. “For months, I’ve been saying we were two weeks away,” he said.

Both parties' negotiating priorities revealed their respective interests, with Son eager to move ahead quickly to capitalize on what he sees as fast-moving changes in areas like artificial intelligence, robotics and biotech, whilst the prince wanted to ensure his country not only would stand to profit financially but also would reap knowledge and technology to help it diversify beyond oil.

Saudi negotiators also wanted to make sure the country’s sovereign-wealth fund wasn’t merely treated by its foreign partners as an easy source of capital or “a sovereign deemed to have deep pockets,” said a person familiar with the Saudi side’s thinking.

The Vision Fund, which is described as “the largest investment vehicle ever" was very much the brainchild of Mr. Son, a 59-year-old Korean-Japanese entrepreneur known for his brash investment style and a 300-year view on technological trends, and Mr. Salman, who is viewed as the face of change in the insular kingdom and a major proponent of weaning the country off of its reliance on oil revenues.

Mr. Salman was looking for ways to implement an ambitious reform plan that calls for increasing investment in everything from technology to financial services. The prince had money. He controls Saudi Arabia’s Public Investment Fund, a sovereign-wealth fund that could become the world’s largest if, as widely expected, it is the primary recipient of the money raised from a proposed listing by state-owned oil giant Saudi Arabian Oil Co., or Saudi Aramco.

The pair agreed to join forces during a 45-minute meeting in Tokyo in September, and they announced the agreement to launch the Vision Fund in October, with $45 billion from PIF and $25 billion from SoftBank.

Other investors such as technology giants Apple and Qualcomm were signaling interest, and Mr. Son pushed to get the deal closed by the end of December.  It may have taken a while to go through but the future of technological investment and the balance of the playing field might just have changed forever...