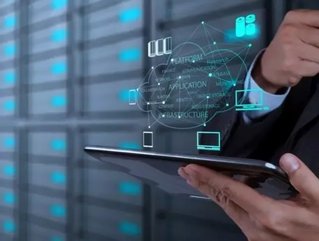 It is fact that in today’s world, business is synonymous with applications. It would be nearly impossible to find a company that doesn’t rely on some form of app for nearly every business function; quite simply, apps have become the lifeblood of our world.

According to SolarWinds’ latest survey, almost every Australian employee reported that application performance and availability affect their ability to do their job. In fact, over half said it was absolutely critical to help accomplish their work. As a result, subpar app performance and downtime equates to lost workforce and organisational productivity, reduced revenue and a lack of end-user satisfaction.

Poor visibility into converged infrastructures and outdated management of what we call the “application stack” can truly make or break a business—and like it or not, the ultimate responsibility for application performance falls on the IT department. At the same time however, ensuring the consistent availability and top performance of applications is far from a simple task, and it’s not getting any easier. There are many moving parts associated with modern applications, and problems with any one component can affect performance.

Application management is not a new concept for IT departments, however with the rising complexity and sophistication of apps, they do appear to be struggling to meet users’ demands and ensure application performance and availability. In the same survey, two-thirds of Australian employees said they expect IT to solve an app performance or availability issue in one hour or less; however the reality of IT meeting this demand only applied to one in three users. Regardless of whether the root cause lies within the control of IT, users are counting on IT pros to solve their app problems immediately and keep the business running smoothly.

Break Down The IT Silos

IT has traditionally functioned in siloes, managing servers, storage and other infrastructure elements separately for decades. However, thanks to the omnipresent consumerisation of technology and emergence of BYO-everything, consumers now expect anywhere, anytime availability of apps over any number of devices.

To enable this, traditional capabilities like storage, compute and networking have been overlaid with cloud and virtualisation technologies in heterogeneous environments. It isn’t uncommon today to see organisations running a set of critical services on premise, another set of services on hosted infrastructure and additional services on public clouds. Multiple vendors, platforms and environments converge and can make what used to be management of a simple application increasingly complex for the IT pro. When this complexity is added to an already stretched infrastructure, app performance can suffer.

To better troubleshoot issues between the many moving parts of an application stack, IT pros need to move beyond the siloed mindset and adopt a more holistic, app-centric view. They must seek a full view of the technologies supporting applications, and connect the dots between the full application stack: the application code, software, middleware (database servers, directory servers, application services, server operating systems) and hardware components required for an application to operate at peak performance. This also includes infrastructure such as virtualisation, storage, server hardware and networks.

Keep It App-y, IT

With the opportunity to be leaders of change in an app-centric world, IT pros should aim to minimise time spent identifying and remediating problems. How? Consider the following first:

With more and more Australian businesses transitioning to the Cloud, understanding the app centric environment is essential.  By breaking down traditional IT silos and understanding how critical apps are becoming for business, IT pros can transition into the full application stack view to truly optimise performance—not only for IT, but the business as a whole.