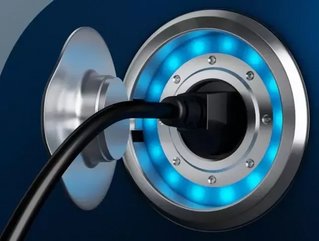 Chinese firm Contemporary Amperex Technology Ltd (CATL) is in the process of choosing a site in the European Union.

CATL supplies batteries for electric vehicles. Its planned European site will have enough capacity to beat Tesla in terms of output, and it hopes the EU presence will help it compete with LG and Samsung, which have also entered the electric vehicle market. The European base will help the company to supply car makers like BMW AG.

CATL is currently considering Germany, Poland and Hungary for its new Europe base, and chairman Zeng Yuqun stated at the National Committee of the Chinese People’s Political Consultative Congress in Beijing this week that a decision is imminent.

According to Bloomberg, Zeng said: “We see a big opportunity in Europe. Korean companies, using a low-price strategy to compete with us, haven’t made much technological progress in the past two years, while we have managed to grow fast and surpass them.”

The company is also planning to build a new factory in its home of Fujian, which promises to quintuple production capability and make it the world’s largest electric vehicle cell producer.

CATL also has a pending IPO worth a potential $2bn, which will be used to finance the Chinese plant.

As part of China’s war on pollution, many businesses have benefited from special manufacturing permits, grants and consumer subsidies aimed at the makers of non-traditional fuel vehicles.

China has aimed to end the sale of petrol and diesel cars but did not disclose a date for this when the plan was announced last year, however it is expected to compete with Britain and France’s pledges to do so by 2040.

The country not only hopes to battle pollution, but turning to electric vehicles will also help with its aim to become less reliant on imported oil.

Last week, it was announced that NIO, a Chinese electric vehicle start-up, is also preparing for a $2bn IPO.