Automation will create jobs rather than destroy them, new research shows 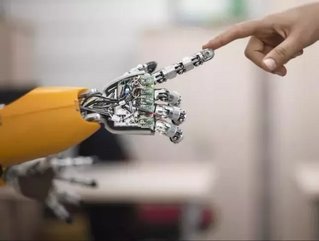 Sceptics of workplace automation argue that the introduction of machines will be the final blow to the workforce, resulting in serious job losses.

However, recent research in Australia shows that more finance jobs are expected to be created rather than replaced by workplace automation.

The survey of 160 Australian CFOs, conducted by specialist recruiter Robert Half, shows that almost half (46%) are planning to increase their permanent staff size to help implement their company’s automation efforts over the next year.

Furthermore, the majority (86%) of CFO’s agree that workplace automation doesn’t imply a reduction in workforce size but, rather, requires a change in their employees’ skills.

David Jones, Senior Managing Director of Robert Half Asia Pacific said: “Increased automation within Australian workplaces is not about destroying jobs, but rather, adapting to change – which in turn leads to new opportunities.

“Not only will companies need to bring in additional expertise to lead this change, they will also need to focus on staff training to ensure their workforces have the adequate skills to leverage the benefits brought by existing and future technology.

“While automation may diminish some routine manual roles, it will lead to faster decision making, reduce the risk of errors, and eliminate stresses associated with laborious task-management responsibilities. These benefits are available to those companies who embrace workplace automation rather than resist it.”

According to the survey, some of the finance functions which are either already automated or likely to adapt within three years include data collection, invoicing, financial report generation, data entry, and credit management.