Australia could have 100% renewable electricity by 2030s, says new report 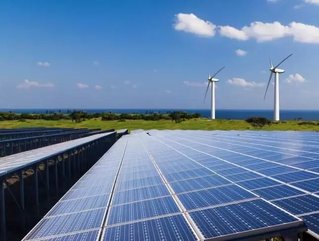 Australia is on course to have 100% renewable electricity by the 2030s, according to a new report from the Australian National University.

If the country maintains its current rate of installations - 10,400MW of new renewable energy is set to be added in 2018 and 2019 - then it will accelerate beyond its Renewable Energy Target.

Projections indicate that Australia will have 29% renewable electricity in 2020, and 50% in 2025. Electricity emissions are estimated to be reduced by 26% by 2021, and the electricity sector on its own could meet Australia’s entire Paris emissions reductions target of 26% by 2025.

"All the evidence points to Australia’s capacity to be a renewable energy superpower, with all the economic and environmental benefits that come with that," said Professor Ken Baldwin, Energy Change Institute Director. "We need Australia’s governments to put in place the right plans for the renewable energy train to have a smooth ride."

According to the research, the new capacity will be divided approximately equally between large-scale solar photovoltaics (PV), wind farms and rooftop solar PV.