Apple Pay: Australians Are Ready for It, Is Your Business? 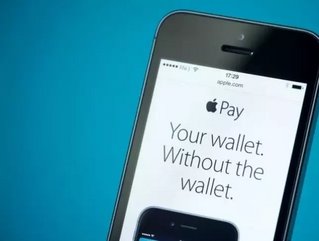 Australia is one of the few places in the world that has taken to using NFC payment options in force. Many people are used to taking out their bank card and tapping it against the sensor at the cash register. But what if you didn’t even need the card?

Enter Apple Pay. If you’ve decided to come out of your hermitage recently and haven’t heard of Apple Pay, it’s a really big US tech company’s response to getting rid of your wallet. If you’ve got an iPhone 5, 6 or 6 Plus—and who knows, there may be several other iterations by the time this magazine article goes live—Apple Pay will be coming to you shortly.

Apple Pay was launched in the US in October of last year and already has 60 in-country banking institutions signed up to allow their customers use of the service. Major credit card companies Visa and MasterCard went on the record with their support of Apple Pay with Charlie Scharf, Visa CEO, and Ajay Banga, MasterCard CEO, excited about what Apple is doing. And as the Apple Watch comes into the fray in April of this year, Apple Pay will become even easier to use.

Although Apple Pay doesn’t have a launch date for Australia yet—sources working with Gizmodo Australia say that it may be as early as this month—businesses that could benefit from Apple Pay should start working towards it now.

Here’s How It Works

Passbook, an Apple-developed app, stores your credit card information on your phone or mobile device like your iPad or future Apple Watch. The Touch ID function—your fingerprint scanner in the home button—helps protect your personal encrypted information so that even if your phone is stolen, the thief cannot make purchases with it. You’ll just scan your phone over the NFC sensors, and payment made!

In the US, Apple negotiated with the big banks and credit card companies first to reach the widest audience from the get go. Anticipate the same approach in Australia with most, if not all, of the big four banks—Westpac, NAB, CBA and ANZ—by launch time.

For businesses, a contactless terminal on your EFTPOS (electronic funds transfer at point of sale) machine will need to be installed at the cash register. Since NFC technology and payments are already pretty common in Australia, we’ll bet many of you already have at least one at your business counter.

Another cool feature is Apple Pay’s integration with your business app. Instead of signing into PayPal, entering your credit card information at checkout or having your credit card, businesses that allow Apple Pay in their apps will let their customers just pick a card from Passbook and pay that way.

A recent article from Mainstreet discussed the threat Apple Pay poses to Paypal.

“Analyst Steve Weinstein believes that PayPal suffers from a challenging relationship with payment counterparties and can't offer the biometric security capabilities that Apple Pay can,” the article reads. “Apple Pay also has the power of the brand's affinity and an ease of use that will be difficult for competitors to overcome.”

With Apple Pay already poised to overtake the transaction volume of Google Wallet, which never took hold in the US, PayPal and similar apps and technological payment options need to figure out ways to stay on top and evolve into something that can compete with this behemoth.

It’s Not Just for McDonalds or Macy’s

Small business could really benefit from Apple Pay, but they have to make sure it works for them before jumping in wholeheartedly. There are a few things to consider.

In 2012, there were two iPhone users for every one Android user: Apple has a big market in Australia.
Big companies could up the ante by getting customers used to the ease of the NFC payment option, leading to them demanding it from smaller companies. NFC technology is expected to be integrated into the Apple Watch, facilitating a wider market. And as it was mentioned earlier, many small businesses in Oz may already have NFC readers that would work with Apple Pay.

If you think that Apple Pay would be an asset to your small business, there are two approaches going forward: integrating it as soon as it’s available, or waiting to see if widespread use takes off.

What Your Business Can Do To Prepare

If you are ready and willing to integrate Apple Pay into your business model, start investigating your options for contactless terminals on your EFTPOS machines. This is the only piece of hardware you’ll need to provide Apple Pay as a service, so it may be a good investment for your company. These machines range from US$150 to US$500, so check your budget to make sure it fits. If your business already has one, even better!

Next, keep an eye on your bank to see if they will be integrating Apple Pay. It would be a bit much to change banks just to have this as part of your business, but when Apple Pay does get introduced your bank may not be far behind in including it with its services.

I think the ability to combine Apple Pay into an existing business app is one of the best things about the service. It provides you an easier way to accept payment, and peace of mind to your customer, especially with all the news of security hacks that are happening all too often now.

Perhaps the most important is to read up on the security that Apple Pay provides its users. If it’s a service you are going to tie your name and your business to, it is imperative to know the ins and outs. In the early days of implementation, there will most likely be several questions from your customers about its use. With security at the forefront of everyone’s minds, being able to share information about Apple’s Touch ID function and its encrypted data will help put your customers at ease.

Offering any sort of NFC payment technology to your customers is about ease of use, for you, your business and them. Apple Pay is just another way to provide a helpful service to your customers. If it doesn’t take too much effort to do so, it just might be worth it in the long run.