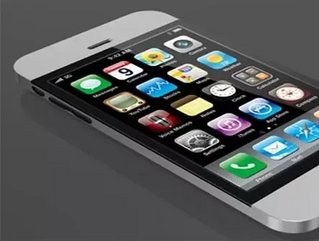 Rumours are swirling about the development and launch date of the Apple iPhone 5, which is reportedly set to be available for consumers as soon as September.

Reuters is reporting that three sources close to the Apple supply chain believe that the fifth-generation iPhone will have a faster processor, but have the same look and feel as the current iPhone 4. Additionally, a report from PC Magazine says, “An analyst from Concord Securities told investors he had heard from unnamed suppliers that the fifth-generation iPhone will only start mass production in September, and come equipped with a faster A5 processor, improved antenna, 8-megapixel rear camera, and Qualcomm baseband.”

The current iPhone 4 was launched by Apple CEO Steve Jobs in June 2010 and began shipping the same month. Typically, Apple releases its latest iPhones every June, so it’s likely that the world can expect an announcement likely to come at Apple's Worldwide Developers Conference that month.

However, with the crisis in Japan affecting Apple’s supply chain, it’s tough to say how that will alter production of the phone. Apple may hold out for its Japanese suppliers, but could also seek out Taiwanese and South Korean companies for integral components.

The iPhone is one of Apple’s most successful products, with more than 16 million sold in the last quarter of 2010. The iPhone also made up more than a third of Apple’s sales in the same quarter.