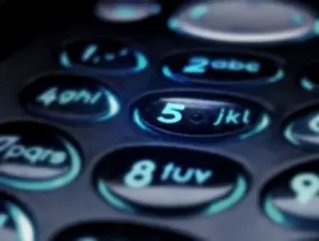 Don’t hang up on hope yet, “05” mobile numbers are on the other line.

Concerns of the quickly disappearing availability of “04” mobile numbers in Australia have prompted the Australian Communications and Media Authority to start assigning “05” phone numbers to mobile users.

Discussions to avoid number exhaustion started last year when the communications regulator noted the allotted “04” mobile numbers would be gone by 2017, 10 years earlier than forecasted. Upon reaching this point, “05” mobile numbers will be doled out.

“The addition of a ‘05’ prefix will ensure that we won’t be left short of mobile numbers if there’s a surge in mobile connections over the coming years,” said Vice President David Epstein of Optus corporate and regulatory affairs.

Based on the Telecommunications Number Plan 1977, the ACMA is also proposing to remove the “0550” location independent communications services number range. Affected providers and consumers are being surveyed for feedback regarding this idea to help reduce confusion with “05” mobile numbers.

“The ACMA estimates an additional 100 million numbers will be needed to provide an adequate supply for more than 20 years,” Chapman said.

To ensure this supply exists, the ACMA plans to add geographic numbers in several regional areas. It will also remove geographic sectors in five capital cities. This will allow carriage service providers to use numbers in a greater area within capital cities and provide more flexibility. This change ultimately has a limited effect on customers, said Dougal Heath from ACMA’s Communications Infrastructure division.

Telstra supports the changes the ACMA is proposing to alleviate the “04” mobile number shortage.

"The decision to introduce ‘05’ as the next mobile number prefix is necessary to accommodate growth in the sector and will provide industry the certainty it needs to begin the planning for this important change," said a Telstra spokeswoman.