Amazon Reports on the Uptake of eCommerce in Australia

By Erik Fairleigh, PR Manager at Amazon
May 19, 2020
undefined mins 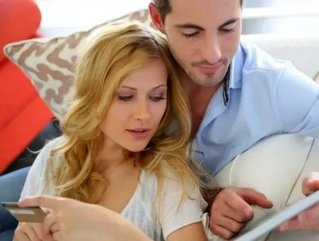 With almost the entire Australian population having access to high speed Internet, it is no surprise that 60 percent are hopping online multiple times a day. Whether its news updates, social posts or online shopping, the Internet is now the most valuable platform for businesses to engage with its customers.

eCommerce in Australia has rapidly boomed in the last four years, and despite being a nation of just 22 million, Australia leads the world with the rate of new online businesses opening, with a 200 percent increase from 2010 to 2012. In fact, Aussie shoppers spend more on average per order than anyone else in the world (at $142 in 2013). So, what’s driving the eCommerce industry in Australia, and what is the opportunity for new online businesses?

Aussies are spending more online. A six-year study from the World Internet Project found that spending online increased year on year, with the average consumer spending $2,616 in 2013, compared to $1,048 the previous year. With Aussies spending average $200 per month online, people are spending more freely online than ever before. And, according to Forrester Research, this number is only going to increase with predictions that the Australian online retail industry will almost double by 2015.

More connected consumers. With mobile sales reaching over $5 million in 2013, consumers are accessing online stores via multiple channels. In this increasingly time-poor society, consumers want retailers that offer convenient lifestyles with increased emphasis on speed, simplicity and choice. With time becoming an extremely valuable commodity, businesses that don’t cater to changing consumer behaviours miss out on valuable opportunities to attract its customers.

The future of eCommerce in Australia. There are no signs that the eCommerce industry is slowing down any time soon with predictions all pointing to growth in the next five years. And, with consumers connecting online every few minutes via multiple channels, m-commerce, which is the next face of eCommerce is going to fuel increased online spending. In fact, 57 percent of online shoppers have spent more using their mobile devices in the past year.

With Australia being such a mature eCommerce market, and consumers willing to spend time and money online, the opportunity for businesses to jump on and create a presence online is more critical now than ever before. The questions is: are you ready to take that leap?