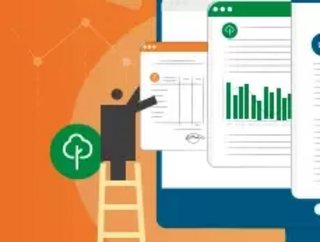 It’s no secret that the global energy sector is facing unprecedented change. Countries are striving to decarbonise and shape a more inclusive energy transition as they also recover from the economic shocks generated by the pandemic.

And while Europe continues to lead the way on energy this year occupying most of the Top 10 spots in the ranking – along with Canada, New Zealand and the US – Asia is lagging with its energy performance more scattered.

“Covering a large and diverse region, Asia spans the 2021 Trilemma ranking with countries at the top and bottom of the index,” states the report.

That said, Asia dominates the top ranks when it comes to the countries improving the most in the areas of energy equity, security and sustainability since 2000. Cambodia, Myanmar, Thailand, Sri Lanka and China all feature in the Top 10 having “made significant and sustained efforts to improve their energy systems”. Energy security a challenge for Asia

While strides continue to be made in terms of Energy Equity, the region still struggles with Energy Security and Sustainability.

“Rising recognition of the importance of a decentralised energy system, supported by the implementation of new technologies such as 5G, IoT and AI, as well as the development of energy storage systems gives optimism for making energy more accessible for people in remote areas,” states the report.

That said, like the rest of the world including Europe, the pandemic has had negative repercussions like reduced energy demand and lower investment in new technologies.

Energy Security is an issue for many countries across Asia with overall scores generally below the global average. Many rely heavily on energy imports to meet exponential growth in energy demand. Low levels of interconnectivity pose an additional challenge, which is difficult to overcome due to low levels of inter-governmental trust.

Environmental Sustainability remains flat regionally, however the pandemic has affirmed to energy leaders the need to accelerate energy transition to low carbon. Subsequently, an increasing number of governments have announced net-zero targets by 2050 including Japan, Korea, New Zealand and Hong Kong. China, meanwhile, one of the world’s biggest polluters, has committed to net-zero by 2060.

Add to this the emerging regional trend of large corporations starting to procure renewable supply and the fact that the economics of renewables is improving with the costs of clean energy technologies falling, and Asia-Pacific’s dependency on fossil fuels looks likely to continue to fall.

There are challenges, however, with Asian energy leaders struggling with the integration cost of renewables and the impact of renewable intermittency on grid system reliability. Low levels of power grid interconnection across Asia are a major challenge, as are continuing political challenges and national security concerns, which reduce the level of trust between neighbouring countries and lead to more nationally focused solutions rather than collaboration.

Despite the challenges, the opportunities are there especially as more and more Asian countries set ambitious goals, and according to the report “significant improvements are anticipated.”