Good COP or Bad COP? What is the climate crisis agreement? 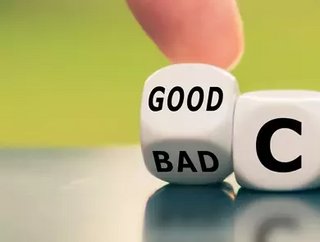 COP26 – the global climate crisis summit – is over, but officials are still trying to come up with an agreement to keep global warming to 1.5 degrees

The COP26 Climate Summit in Glasgow, Scotland, officially came to an end on November 12 and the world held its breath as negotiators worked through the night to come up with a draft agreement, the following morning. With more than 200 people needing to agree, no wonder it’s an almost impossible task and, let’s remember, any agreement is not legally binding.

The jury is still out on whether COP26 has been a success or a failure, with no clear winners or losers, although there are many who feel the summit failed to secure meaningful, binding agreements that will keep global warming to under 1.5 degrees Celsius, as set out in the Paris Agreement in 2016. In fact, since that summit which was widely hailed as a success global CO2 emissions have actually gone up rather than down – so what can we expect to happen after COP26?

Here, Business Chief gives the for and against, the pros and cons, the Good COP and Bad COP of the major announcements.

China and US agree to work together on climate change

Good COP: Perhaps the most significant or eye-catching announcement at COP26 was an agreement between the United States and China to work together to limit temperature rises to 1.5C. Most importantly, they said they would do that in the next 10 years.

Bad COP: The agreement was vague and ultimately, the US and China are the biggest polluters on the planet. Good COP: Early on at COP more than 100 countries agreed to end deforestation, and even try to reverse it, by 2030. Significantly, those countries included Brazil and its Amazon rainforest, often called the lungs of the planet. The countries signed up account for around 85% of the world’s forests.

Bad COP: As Greta Thunberg may say, it’s all just “blah, blah, blah”. Agreeing is nothing without action, and there is history here – a similar agreement was announced in 2014 and deforestation increased since then. Sounds depressingly familiar.

Coal’s future hangs in the balance

Good COP: More than 40 countries signed a commitment to stop using coal to produce electricity. This was significant as it also included developing nations like Vietnam – catching them early in their carbon-spewing cycle.

Bad COP: China and the US did not sign the agreement. China, for instance, burns more coal than all the other countries combined. Both economies rely on coal for power and unless they agree to ditch the black stuff, this announcement is of little significance. Also, wording is crucial. There is talk of “phasing out” coal but that comes with caveats. The word “unabated” has appeared, which means countries can still burn coal so long as they offset the carbon. Swings. Roundabouts.

Good COP: More money has been pledges to help developing nations tackle the effects of climate change and transition to clean energy. The latest draft of the agreement also says these pledges will be checked and assessed every two years to make sure things are on track.

Bad COP: There have been angry and bitter debates in Glasgow as small, developing nations have rightly voiced their frustrations. That’s because the rich countries previously promised to pay US$100 billion a year to help poorer nations with climate change, and they failed to deliver. To make up that shortfall, countries now need US$500 billion by 2024. That could be easy enough, especially when you consider nations have paid US$2.2 trillion in subsidies for fossil fuels. Yes, you heard right. Countries are paying to help burn more fossil fuels. Also, this climate finance comes with an extra kick in the teeth while small nations are down – they are often in the form of loans, not grants.

Whether you think it has been a Good COP or a Bad COP, clearly more needs to be done to tackle the climate crisis and create a sustainable future. Governments may struggle to make the tough decisions required, but businesses are showing nations how it should be done. You can hear from more than 60 speakers from the world’s leading sustainability champions at Sustainability LIVE, taking place 23-24 February 2022 in London and available to attend online.