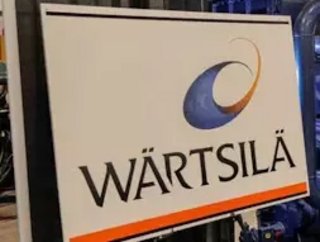 It’s fair to say that the Australian mining industry is racing ahead of the field as of late with its innovation, output, company expansion, and technological advancements. And although the country’s mining sector might be lagging behind regarding its sustainability efforts, there’s no denying Australia’s mining sector is still powering forward as a global mining machine.

Now, the country’s miners have the opportunity to pounce on flexible energy thanks to Wärtsilä’s deal with the Australian Independent Power Producer Zenith Energy. The deal will see the delivery of an energy storage system and associated technologies, opening the doors to energy optimisation and reducing the industry’s carbon footprint.

Australian miner’s given the opportunity to reduce carbon footprint

Wärtsilä, a global leading technology company providing solutions to the marine and energy markets, will produce a facility capable of supplying 9.2MW/7.7MWh, which Zenith Energy will then use to provide the mining industry with power. In theory, the project will tackle the issue of cyclic load demand in an underground mine. Simultaneously, Wärtsilä will be responsible for managing an established 66MW dual-fuel engine power plant, set to be upgraded by two 34SG gas engines next year in an effort to increase its output capabilities.

It’s predicted that mining companies will be able to take advantage of enhanced operational efficiency courtesy of the storage plants provision of power fluctuation management and energy optimisation, resulting in reduced fuel consumption and a lower carbon footprint. The storage plants will merge with Wärtsilä’s established GridSolv Quantum modules to ensure sufficient energy management is maintained.

“The addition of an energy storage system to also work as a spinning reserve to provide emergency back-up and short duration power will mitigate any power interruptions,” says Simon Jelly, Technology and Infrastructure Manager at Zenith Energy. “Should such situations occur, the system will supply load until a stand-by engine is started. Moreover, the storage system will help further reduce the plant’s carbon footprint.“

All boding well, the storage system should be in operation at the beginning of next year, enabling Zenith Energy to combine future means of acquiring renewable energy. And considering Australia’s mining sector is lagging behind in its sustainability efforts, the deal arrives at the right time for mining companies to seize the opportunity to improve their environmental stance.