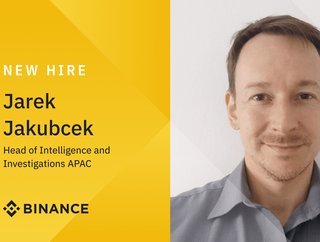 This comes as crypto crime hits record levels, with blockchain researcher Chainalysis reporting that cryptocurrency-related crime hit an all-time high of US$14bn in 2021, jumping 80% from a year earlier.

“Criminal abuse of cryptocurrency creates huge impediments for continued adoption, heightens the likelihood of restrictions being imposed by governments, and worst of all victimises innocent people around the world,” it says.

And it is an increasing concern to lawmakers and regulators around the world, all keen to crack down on crypto crime. In October last year, the US Department of Justice announced the creation of a cryptocurrency enforcement team to tackle financial crimes including money laundering, and the following month, UK regulator, the FCA, announced a US$670,000 contract to tender for external consultants to help train its staff on crypto crime risks. While the European Union is currently in late-stage talks over how to introduce new rules intended to curb dodgy behaviour that uses virtual assets.

It's not only lawmakers and regulators concerned with stamping out the crime, however, with leaders in the crypto industry themselves doing their bit to help curb crime.

Among them is Binance, the world’s leading cryptocurrency exchange, which, as a major industry player, is increasingly taking a proactive lead in stamping out illicit activity.

But with the blockchain ecosystem expanding, and crypto crime continuing to rise, Binance is fleshing out its team as it looks to accelerate efforts to stamp out illicit activities, bringing on board a crypto expert who will be dedicated to proactively stopping crypto crime in the Asia-Pacific region, and ensuring Binance remains the safest exchange in the world.

By the end of last year, the number of cryptocurrency-related crime cases in China, for example, had risen to 6328, with more than 16.3 million people and over 320 billion yuan involved, according to OKLink.

A leading global expert in cybercrime and former cryptocurrency specialist, Jarek Jakubcek has been hired as Head of Intelligence and Investigations for Asia-Pacific, and will lead efforts to coordinate the takedown of malicious acts in the crypto ecosystem in conjunction with law enforcement agencies in the region.

“With its growing role in the industry comes growing responsibility, which Binance is taking the lead on,” says Jarek of his appointment. “It will be our duty to ensure efficient cooperation with law enforcement agencies and prosecutors in the detection and prevention of criminal activities.”

Jarek certainly has the cybersecurity and crypto credentials to pull off such duties, having played a key role in a number of high-profile investigations across a variety of criminal activities, including ransomware, dark web, corporate hacks, phishing incidents, investment fraud, kidnappings and money laundering. Not to mention the fact he has de-anonymised mixing services, published practical law enforcement guides, organised specialised conferences, developed relations with the cryptocurrency industry and trained investigations worldwide.

Described by Binance’s global head of intelligence, Tigran Gambaryan, as a “hugely impressive cybercrime expert with connections to law enforcement agencies all over the world”, Jarek joins from Europol Cybercrime Centre where he was part of the EC3 Dark Web team.

Jarek is the second former member of Europol’s Dark Web team to jump ship to Binance following the hiring back in September of Nils Andersen-Roed as Director of Audit and Investigations.

During his seven years at Europol, Jarek provided operational and strategic support for major cryptocurrency investigations and led the world’s largest crypto experts’ platform with representatives from hundreds of law enforcement agencies internationally.

Jarek joined EC3 in 2014, shortly after the organisation opened its doors, and has been a driving force for Europol’s pioneering activities in the area of cryptocurrency investigations since the start. Prior to Europol, Jarek spent more than five years at An Garda Siochana, Ireland’s National Police and Security Service, where he won international awards for creative use of OSINT technologies. He has lived in five countries and earned two MSc degrees.