Hong Kong calls for 30% target increase in women on boards 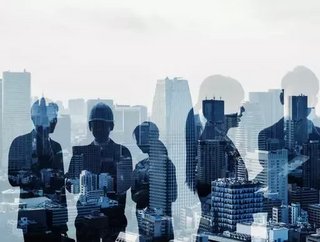 With representation of women on Hong Kong boards so poor, the HKICS calls for a 30% targeted increase for listed firms within six years...

In its latest report, the Hong Kong Institute of Chartered Secretaries (HKICS) has called for the imposition of a 30% target for women on boards over a six-year period.

This announcement follows the independent professional body’s research on female representation at board level, which found the level of representation to be poor with only one in seven directors of Hong Kong’s 50 Hang Seng Index companies female.

The report by HKICS, titled ‘Missing Opportunities – a Review of Gender Diversity on Hong Kong Boards’ further finds that across all Hong Kong-listed companies, women comprise just 14.2% of all director positions, while one third of those companies have no women at all on their boards.

According to the report, increasing the representation of female directors over the last decade has been “glacial” with a poor percentage rise from 10.5% to 14.2% in 10 years, an increase of less than 0.5% per year. At such a slow rate, Hong Kong won’t be seeing gender parity on boards until 2091, if at all.

Why lack of female diversity on boards matters

So why does it matter so much? According to Gillian Meller, President of HKICS, it matters not just because it’s an issue of fairness and equality, or that such under-representation of women across Hong Kong boards fails to meet the standards of an international financial centre, but because boards and organisations really do benefit from the increased inclusion of women.

It matters because “gender board diversity is well-recognised as [a] contribution to more effective boards and better corporate performance” and because “Hong Kong companies are missing the opportunity to make full use of the talent available to serve on their boards”.

Equally, Hong Kong women are also missing out on the chance to develop their careers and to serve the country’s corporate community.

And it matters in particular to the HKICS, an organisation that practices what it preaches. Not only is the institute a promoter of excellence in governance but it’s a diverse organisation made up of two-thirds women.

"The current status of board gender diversity in Hong Kong is unacceptable and unsustainable,” states Meller, adding that “action is needed” and that such action must be “meaningful” and must be “now”.

While HKICS recognises that substantial and meaningful changes to the regulation of the gender composition of the boards of listed companies would best come from a constructive debate and broad-based support, due to the fact that Hong Kong's performance in this area is so poor and progress so slow, the institute argues that regulatory change is needed to achieve real progress.

And so, with the support of some of Hong Kong’s leading corporate governance professionals in organisations including BlackRock, Brunswick Group and Freshfields Bruckhaus Deringer, HKICS is proposing that the Hong Kong Corporate Governance Code is amended to include a target of a minimum 30% female representation on boards.

To give shareholders and boards time to adjust to this target, a six-year transition period would be set.

The target would be voluntary, but only in the sense that it will be subject to a 'comply or explain' regime, and both during and after the transition period, companies who do not comply will be required to disclose the specific reasons for this, the particular steps they intend to take to achieve compliance and the timeframe.

And the institute believes it is possible, expressing in its report the confidence that ready-qualified and capable female candidates are out there, ready to take up board seats in Hong Kong. Meller argues that “female board talent is there” and that “shareholders just need to look for it".